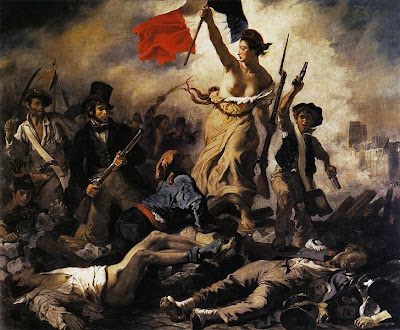 I shun political and religious discussions and also shy away from arguing about educational systems. When I start discussing the French system and I discern some contempt or objection, I stop. After all, it is the future of our kids we are talking about and to each his own philosophy.

This opinion letter is not as argumentative as a live dialogue. I thought of writing it in French, but that was like preaching to the converted. Except that I know many French educated who have opted differently for their kids and some new comers, like my parents, who thrust their kids into the system I was educated in, because they believe in its strength.


Besides the beautiful rich language they learn, children of a lycee learn certain values: order, discipline, organization, a certain carthesian mind set also. It goes without saying that at a glance, the system looks archaic. Granted the French still insist on old fashioned principles: good script is one of them. Students use ink fountain pens. Notebooks are filled with reverence.

The primary years are spent mastering the tools of learning: language and mathematics. However, sciences (social and applied) are taught as well. The children overview most scientific themes, review them in larger detail in secondary school and re-review them again in the three final years. Medieval history, for example, is therefore taught three different times in a 13 year long education.


Children are also faced with all the subjects from a very early age: geometry as soon as they can hold a ruler, biology and physics simultaneously, enter geology and chemistry soon after and add in algebra, statistics, economics and philosophy. Nothing is too abstract or complex. Languages are also being introduced at the very beginning of first grade (if not sooner).

While teachers may sound rigid and character breaking, I differ on that point. They are simply critical and realistic. Till now they have never made an accusation against me or my children that were false. Moreover, I have noticed that teachers today have added more creativity in their style.

Around the world, children have been the product of this mission civilisatrice, that only uses France as a case study to better understand history and geography and economics. Eventually, the baccalaureate student will be tested on "international relations since 1945" and the economy of Russia, or the geography of China.

I once had my child in a private school in Geneva before moving him to the French school in Dubai. I was impressed to discover that the level of education was not correlated with the tuition and that Dubai's school which is "subsidized" by the French government ( desiring to upkeep its cultural presence in the world) has the same level as that school he abandoned in Switzerland.


French education remains classic in approach, reliable, minus the frills of "happy childhood" and "many sports" that other systems offer. The children, for the largest part, acquire mathematical and analytical skills that propel them easily into any higher education system they choose.
Posted by PinkTaxiBlogger at 8:10 AM