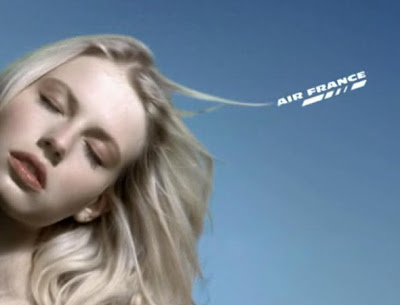 At Charles de Gaulle Airport, after a long walk through the labyrinth of Terminal 2, and in line with a bunch of families in Euro Disney paraphanelia, we finally reached  the Air France check in counter.


When the attendant's eyebrows expressed put-on regret, I ironically couldn't help thinking of their lovely advertisement campaign. Those artistic Air France ads that portray ballet slippers, and other feminine photo montages that translate in a traveller's mind into breezy hassle free voyage. The attendant  predictably explained to me that the flight was overbooked and that we would have to wait for a few hours, in what I believe is a truly detestable airport. In that moment, I missed the reliable Swiss who spend less care on advertisement but more effort on reliability . Furthermore, in my opinion, a delay in Zurich or Geneva airports would only mean  that my kids would play longer in the play areas provided, and I could enjoy an additional cup of delectable coffee.

Here I was with my three children trying to bargain my guaranteed places on the flight that I had booked back to Geneva. The Air France representative was attentive, perhaps even compassionate and smiled at my allusion to their advertisements. However, he was surprised by my older son's interference into the conversation:

- "Monsieur! I have to get home for the match!"

- "Are you for Uruguay or Germany?" the representative responded.

And then my son admitted:

- "I actually want to go home to watch the first Fort Boyard of the season".

The attendant's face illuminated at the mention of the silliest show that my son fancies over a third place World Cup game. It is one of those shows that has two teams competing by climbing into a fort, swallowing spiders, jumping from heights, playing with scorpions or fire, and gathering gold coins hidden in the hay.

- "I will do my best to get you and your family on that flight so you don't miss Fort Boyard," he smiled.

I waited at the gate, with sweet memories of our escapade to Versailles, our expedition to Euro Disney and our excursions in the heart of Paris. I thought a flight change was a small price to pay for the superb experience my children, parents, husband and I had for four days. But we were fortunate to be called on to the flight at the last minute. I couldn't help wonder if this had anything to do with my son's conversation with the Air France attendant.

On the plane, I sat next to a woman who was reading an issue of Le Monde. It obviously was a current issue. I carefully took mine out, noticing with relief that it was only four days old , but I still carefully folded the front page so the date wouldn't be too obvious to her. I was concerned that she would peer onto mine, especially if our reading became synchronized. And I laughed at the humorous media synchronization my son and the Air France representative had twenty minutes prior! 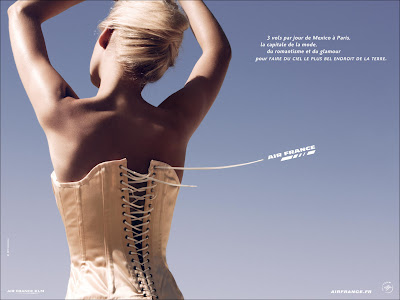 Posted by PinkTaxiBlogger at 7:48 PM