My sister had not always been entirely musicaly enthused. At least she didn't obsessively think and talk about as she began to do so about two years ago. But about two years ago, things began to change, and we began to refer to songs, hits and lyrics over geographical distance and time zones: much of our blackberry chat was about Wiz Khalifa, Eminem or Madonna's MDNA.


My sister became obsessed with music as she delved further into her new passion: indoor cycling at Flywheel New York. At the time, I couldn't relate to her cardio work outs. I couldn't comprehend why she would wake up at dawn to take a class before her kids woke up, nor could I fathom the thought of taking two classes a day the way she does. She spoke to me of an alien activity that was fueled by her energy and also her love of music.

When she recommended the same activity to me, when she told me "cardio would make the whole difference", I tried Flywheel Dubai half heartedly.  Then, I used the pretext of socializing as motivation: you can fly with friends, with family, even with your teenage son! Indeed, I have always gone accompanied, me the usually solitary type who sports alone. I now consider Flywheel to be my "party zone", because the music is so loud and fun!

I then got onto the bike and listened to the music, eventually I began requesting some, battled with some on tough uphill rides, allowing my adrenaline and body rythm to get carried away by the tempo. Yes, I did "get in the zone" in the dark room with my peers and the fabulous four instructors. 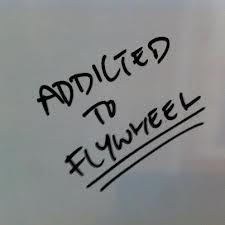 Music at Flywheel Dubai is taken to another level: abstraction. I lock my cycling shoes in, the instructor talks us into it, we start off very quickly, and poof...the outside world disappears behind me. I am in the dark room, the music plays and I follow its cadence, I study my progression, I strive for the record, I participate in the race. I lose my sense of time. I don't care if the lesson lasts 45mins or 1 hour. I always think the ending is too abrupt, wishing for more. The instructors always end while I am still having fun.

Sometimes I feel more or less tired at the start of the class, depending on the time, or the day, but I give it all I can and the endorphines always kick in. Speak to me after a class and I won't make sense, as I am on a high! My Flywheel high!

Posted by PinkTaxiBlogger at 8:07 PM 58 comments: 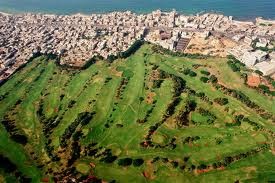 "As her 40th approaches ,the Oryx is greatly missed.Her character,vitality and warmth remain with us through her memories,character and eccentricities."

My aunt, the late Maha Salim Salaam, otherwise known with reverence as Oryx, because it is a direct translation of her name, was eulogized in the sports section of Aliwaa newspaper (in Arabic). This comes as no surprise, despite the fact that she was a mother and the wife of the Chairman of Middle East Airlines first and an amateur golf player second.

Indeed, each member of her community remembered her for the various interesting aspects of her life, be they social, corporate or sportive. In this special case, she was remembered to her dedication to the Golf Club of Beirut, which her late husband conceived. Together, they were the life and spirit of the "lung of Beirut", the rare patch of green and venue for sport in the city.

They shared the love for golf and endorsed the sport on a national and regional level. Golf was their family lifestyle, as it has naturally became my own nuclear family lifestyle as well, in emulation of her. The passion for golf is a family tradition!

We play at the Dubai Creek Club. My children have held clubs at the age of 4, played the par 3 at the age of 5 and the eldest went on to the large courses all over Dubai since he was 9. Our golf lessons are regular, our practice times frequent, our time spent at the club large. We swim there but also study there, between games and classes. In fact it isn't unusual for my eldest to practice on the range before school, relayed by me, in a morning lesson and the day ends with my daughter's evening class! My kids shower then and wear their pyjamas!

When we play, we always remember our aunt, as my son is extremely proud to have played with Oryx, en tete a tete!
Posted by PinkTaxiBlogger at 6:43 PM 8 comments: 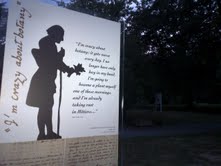 At the bookstore, I didn't find Rousseau under R with Rabelais and Rahimi. I asked, with shy hesitation, lest I seem like I am asking for the most obvious cliche: "madame, where can I find JeanJacques Rousseau?"


The book keeper sighed with deference at my ignorance: "Swiss literature section my dear!"

As you can see, Geneva is proud of Jean Jacques Rousseau. I have pointed to his statue when my kids and I cross the footbridge with his name, on bikes, over the Leman lake. Thus, my kids have heard about the philosopher before reading his texts.

On the occasion of his 300 birth anniversary, I took the eldest to a play that celebrated JJR the botanist,philosopher,writer and political theorist. As we rode our bikes to the park where the play took place, I shared my own knowledge of the thinker. "He wasn't a sculptor and artist as well" asked my son, now recognisant of the Michael Angelos and the DaVincis of this world.

I reminded him of the Confessions, one of the earliest autobiographies. I also told him that JJR was a humanist, that he developed the concept of citizenship. He was also religious but he despised institutionalized religion and preferred to find God through his meditation in Nature. He was a walker and an amateur botanist and this play would be interesting because it address the writer in the context of a walk with the actors through the park, by night!

The park's doors were thus locked behind us as we strolled "after-hours". It felt like we were intruders at Night at the Museum, only this museum was open-air. The small crew of actors walked with torch lights and led the way. Five scenes were prepared, of which a wonderful one, reminiscent of a Fragonard or Watteau painting!

I learned many small details about the life of the writer. I listened to some of his texts recited and I better understood his philosophy. They explained his rapport with his city Geneva, which maltreated him in his old age. Geneva today, while very proud of the prodigy, remains critical of JJR, pointing to his over-sensitive nature, or to his sexism as he wasn't fair in the realm of female education.

My 12 year old caught on most of the play, didn't complain at all (kudos to him for his patience) and credit to the acting that kept him attentive. As we sat listening to poetic recitations, it began to rain. Neither the actors, nor the audience flinched as my son and I wondered if we should leave. They were caught up in the story of their ancestor. Being in touch with nature is certainly a piece and parcel of Swiss culture.

Most important was the renewed idea of the Renaissance man, in the XVIII century: Rousseau believed in a well educated person, a well rounded one, interested in the arts and sciences, fascinated by the theoretical and immersed in the practical. It is up to us to look for answers in Nature, walk in the gardens, which is also an athletic pursuit.

I share his philosophy and introduced my children to it this summer of Rousseau celebration. 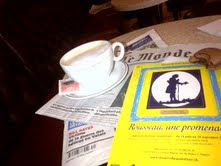 Posted by PinkTaxiBlogger at 2:11 PM 7 comments: