Hand Me Down Clothes 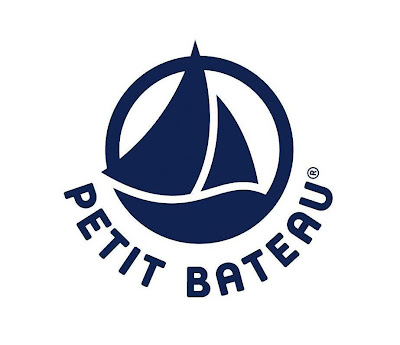 Some people shun the concept of hand me down clothes. They think it's a stingy, unfair, unfashionable habit. According to them, shouldnt clothing your children be the most enjoyable activity for a new parent?


In my family culture, hand me down clothes are the norm: we are from a large family and so siblings wore each other's clothes. Children's clothing carry with them a nostalgic feel. I believe there is a coolness factor to wearing a piece of clothing previously worn by someone who came before you, whether a sister or cousin. My mother has even kept my  younger sister's clothes so that today my daughter wears her aunt's beautifully smocked vintage dresses.

My kids wear their siblings and their very close friends' hand me downs with ease. They know and love the person who outgrew them. They are proud to wear it. Sometimes, it's even an easy way to convince them to wear the dress or the sandals or the sweater. In turn, they hand their clothes to their cousins. The Bonpoint outfit  they only wore on occasions, the adorable Petit bateau onesies and pajamas, the Diesel jeans they outgrew so fast, the college memorabilia sweatshirts, the GAP pjs that got softer with every wash.

Since my daughter is the only girl in the family, she gets her brother's hand me downs. She often looks like she is deliberatly wearing boyfriend oxford shirts with baggy jeans. Luckily, her girlfriends give her the skinny jeans and pink polos. In these five years, I have been gathering trunkloads of girls only smock dresses, girlie coats, pink pjs, waiting for the next female to join the family.

In the mix, are those pieces of clothing that can be worn unisex, if you have an open mind. The peter pan collared shirts , the  French sandals that are designed for boys but that most middle eastern dads, including my husband, gasp at the thought of putting on their sons. In France, there is a feeling that classical clothing for kids should be unisex and should not look like adult clothing. I have dressed my older son very often against my husband's wishes. Those clothes were easily transferred to his sister.  My second son however was more headstrong than the first and would not comply. He is much too aware to notice that those clothes just don't look like his dad's. So like his dad he would much prefer an Ed Hardy blinged out tshirt.


Today, the fashion industry indulges in vintage inspired clothing, and you can buy first hand what looks second hand and worn. Parents born in the 1970s choose Petit Bateau for their children probably because the simplicity of the clothes takes them back to their own childhood. Parents born in the bountiful 1980s, may themselves never have worn hand-me-downs,and thus don't share the same philosophy  parents from the 1970s have, preferring to overspend on their children with the mentality that new is always better. At bedtime, I enjoy hugging my children in their soft overwashed pajamas, knowing that a few other special kids (not too many), have had sweet dreams in them too.

If you still aren't convinced think of this an environmental way to save the planet from waste....
Posted by PinkTaxiBlogger at 6:07 PM