The Milk I Drink 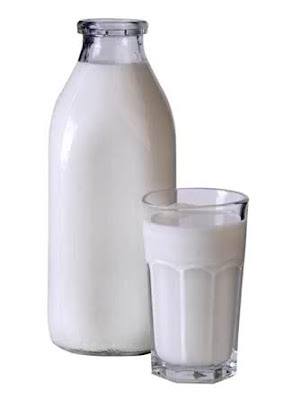 I hated NIDO powder milk. It was the only milk available in Dubai, or rather in our house. In the seventies, there wasn't fresh milk available in the UAE.  My mom believed that long life milk had potential long term unhealthy effects, just like microwavable food and soda, and so it was banned from our household. For that reason, we ended up with NIDO.

I am convinced that NIDO (Nestle) is manufactured for the developing world. My mom used to mix it with a spoon in a one liter stainless steel jug and serve it to us generously. She believed that milk was essential for growth, and she was very concerned with her children turning out short.  But for me, no matter how cold the milky substance was, it just wasn't palatable. Milk was served as our drink at every meal, including with lebanese and iranian homemade food. The excess powder would resurface to the top and would become an instantaneous appetite breaker.
The Nido experience lasted eight to ten years. It became a constant battle in the kitchen where we had our meals. Many times I succeeded in pouring it down the sink. It was harder to argue about it when  my mother poured some  in my cereal (we only were allowed Bran), its excess powder sitting on the flakes that had not yet wilted  in the bowl.( For that reason, I never pour milk ahead of time for my kids).  However, a glance from my mom stood at the other side of the table braiding my sister's hair, showing me she meant business, and I was eating the cereal soaked in NIDO.


For my younger siblings, things changed in the mid 1980s. Digdaga farms in the UAE began to produce fresh milk. I still longed for the British milk I had once tasted on a trip to London. The memory of the glass bottles delivered by milk men daily could make me fantasize. When I went to boarding school in my late teens, the Swiss milk was so delicious that I gladly went on a milk and banana diet, as advocated by my grandmother who was a nurse in the 1950s.


When I went to college in Massachussets, I was almost amused by the Vitamin D fortified milk that was sold in gallons (yummy!) and I made up for all the NIDO I didn't drink in Dubai, guzzling milk while others partied with beer. I have remained a picky  and snobby milk drinker. Swiss and American milk is all I drink. I only eat cereal in those two countries. French milk won't do either: it has an after taste that is detectable making me wonder what French cows eat!  In Dubai, with less choice,  I switched from full fat milk to skim milk in my coffee. Thank God the Starbucks strong flavored coffee covers the flavor of UAE milk! 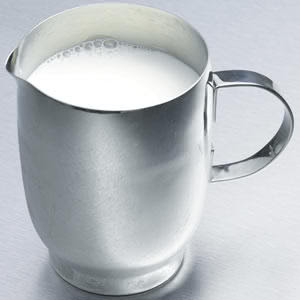 Posted by PinkTaxiBlogger at 9:54 AM