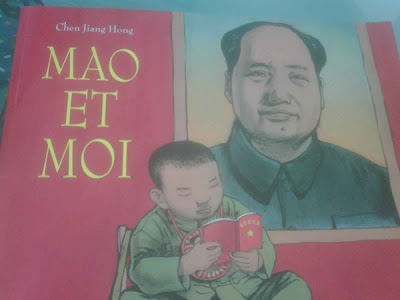 My five year old daughter is fascinated by anything Chinese. She has covered the theme in First grade and has brought back hand cut lanterns, plastified hand held fans, and has worn Chinese dresses with pride. When I read a children's book called "Mao and Myself", she listens attentively.


As I read, page by page, admiring the illustrations, showing her the chop sticks, the Chinese characters, the cloisonne vases, she asks questions. I give her my own rendition of things which consists of recollections of my trip to Mao's China in the summer of 1978. I have returned to Shanghai and Guangzhou for a wedding in 1994 but it did not come near that trip in the Summer of 1978.

In those days, men and women were all dressed alike. Even their black shoes and kakhi hats emblazoned with a red star were uniform. Unmarried women wore two braids, married women cut their hair. They all rode on bikes. They carried little red books with Mao's writings. My daughter asked me about Mao and I tried to explain in simple terms. She recognized his ubiquitous portrait by Andy Warhol from her uncle's house!


I also told her about the Forbidden City and the Great Wall of China. However, she was most interested in my bicycle story. That summer, we were visiting my First Maternal Aunt (in the way the Chinese refer to family members), who lived there with her family because her husband was in the Iranian diplomatic corps (a few years later we visited them in Korea before it became an emerging tiger). My cousin, a year older than me, had a bicycle with just two wheels. I practiced riding it, finding equilibrium and balance and confidence. One memorable day, he let go of me from the back and I found myself peddling solo. I had learned to ride a bike in Mao's China. My daughter who still rides with training wheels asks me to repeat the story over and over again, in order to build her own confidence to one day do the same.

I post this blog on my dear Khaleh Claudia's birthday. She hosted us in China two decades ago. She traveled immense China with her kids with the same ease I take to travel tiny Switzerland. 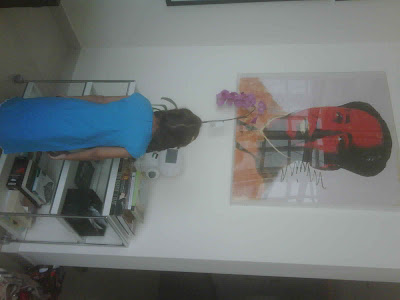