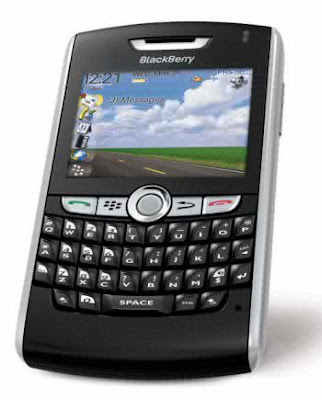 I am not technologically savvy and so I don't actually post on this blog. My favorite sister in the world does. Patiently. Without complaints. She receives, reads, edits, and posts. Daily. Well almost,  except for when she is traveling without her laptop,  and that is when my husband does the job.

My sister and I communicate via blackberry. We discuss the blog entries on the BBM chat. Once she even censored an entry. It was an essay about Israel which she completely wanted to rewrite to reflect her viewpoint, somewhat different than mine. I argued with her and took it to the editorial board: my father, husband, older brother. The discussions became fierce, just like the Middle East  peace process, we hit a standstill, and so I decided not to post  it in the end. Too much controversy, although you never know, it may reappear at another time.

I bought the blackberry at the urging of my younger brother's wife, who always complained that I never checked my emails, or checked them so late they became as stale as my Le Monde news.The truth is I  am not sedentary enough to sit in front of a computer or even a laptop. I am always rushing around with my children, or at a social event, and rarely have time for internet surfing. My husband  also convinced me that the blackberry messages would save me money and would cut off a lot of Etisalat's revenues. Indeed I had become such an  avid sms sender, that a relative of mine even pleaded to remove him from my sms list!

Recently, many members of the family have become adepts of the infamous IPad, which I have respectfully coined the modern day "Rosetta Stone". Perhaps, come September, I will trade my expensive Le Monde subscription to read it on my very own IPad. I hope I will still have access to old articles as you all know my penchant for dated news!


So  it is on this small palm sized machine that I type my entries and send them to my sister. People can be judgmental about the use and abuse of the blackberry. Respectful of etiquette, I always keep my blackberry in my handbag when in social gatherings. However, and with exception of school and sports when the machine remains in the car, the blackberry is on at all times. To commemorate a souvenir with a photo, to keep in touch with my relatives abroad and my friends next door, to carry World Cup conversations, and especially to jot down these thoughts. They get emailed to an address I call "Blog", draft saved and sent to my sister who edits patiently and posts enthusiastically.


The other day, at the French consulate where I was patiently waiting for a visa to be issued, I was typing another entry for this blog. The curious French consulate officer couldn't help asking:

- "Are you texting Madame?"

Here is a Link to AHA's "Take on Me" which could provide a soundtrack to this entry :