The Last Time I was in Paris... 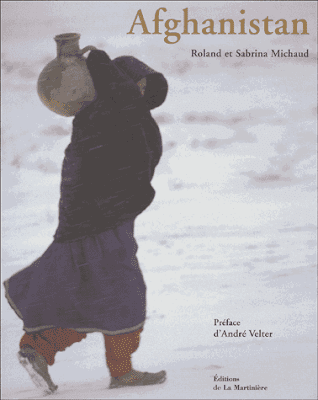 
No sooner had I put my three year old son on the school bus that my brother and I were on our way to the airport. A babysitter would pick him up from the bus in the afternoon. My husband was travelling.


A few months prior to the quick trip, I was reading Le Monde. The article was about a rather random photo exhibit in Biarritz. But the image I found was a very painterly one of a "Buzkashi" game. This Afghan sport is the ancestor of polo. Riders fight over a lamb instead of a ball. The photograph of the riders, shrouded in a cloud of dust, had a nostalgic feel and was signed Roland and Sabrina Michaud.

This French couple had traveled to Afghanistan in the 1960s. They claim to have been amateur photographers who were empassioned by Islamic civilization. They went in search of adventure and also taught French for a few months there. In those days, travels, especially to the "other side of the world", were more like expeditions and  were for months at a time. Their photographs have appeared in National Geographic in the 1970s, and enabled the West to discover the beauty of Afghanistan. Each of the images they captured are lyrical, like individual poems, with a unique light cast on a  once mystical and undiscovered region. They live in Paris today, with no internet access and no cell phones. Finding them was an adventure in itself.

At the bottom of the  Le Monde article were the contact details of the box office in Biarritz where their photographs were being shown. One phone call led to another and I finally heard the trembling voice of Roland Michaud on the phone. I told him my family was Afghan, that we had his book (all Afghan homes abroad have it),  and that we would be interested in purchasing his work. He was delighted!  He told me that somehow he and his wife had been forgotten and that few paid them much attention anymore. I  then enthusiastically ordered seven photographs (the aforementioned Buzkhashi game, a panoramic of Kabul in the 1960s,  portraits of young boys at work and at play and the above photograph of a woman walking in the snow) and realized that going in person to pick them up would be cheaper, and certainly more interesting, than mailing, insuring and going through customs.


My brother and I went on our own expedition to Paris, arriving at an undiscript address to their photo studio, one of the last ones where the process is still done by hand. Roland Michaud, a pleasant man in his seventies, greeted us. We looked at the photos that we had ordered,  and he signed them for me. We then had an enjoyable conversation over coffee, where he spoke of his travels and how he had captured all these photographs, but hadn't seen them until a year later, when he'd developed them in Paris. This was a far cry from our digital camera era with its instant gratification. We thanked him warmly and left to the airport in a rush to make our flight back to Geneva.


Seven years later, and already too late, I contacted Roland again. We wanted to order more photographs. However, the prices had quantupled since and no longer fit our budget. It seems that finally Roland and Sabrina Michaud had received the recognition they deserved. 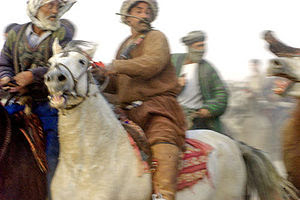 Posted by PinkTaxiBlogger at 11:15 AM