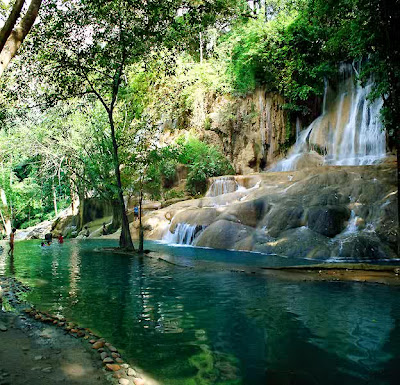 My son has an oral presentation on the French philosopher Jean Jacques Rousseau to prepare. We have decided to research his relation with Nature.

Ever since we have started the research, and I have had to decipher the philosophy of Rousseau all over again ( in order to explain it to my son), all I can visualize is the movie "Brokeback Mountain"' and it's landscapes, those I saw when I visited Jackson Hole, Wyoming. Rousseau should have witnessed this Marlboro country, he who preferred unadultered botany to sophisticated French gardens. Indeed, the Alps and the surrounding Geneva area (where Rousseau was born), have landscapes of inexplicable beauty, but they seem tamed, not wild as Rousseau wanted them to be. At least Thoreau was closer to that ideal, as he sought isolation on Walden Pond. I have been to Walden Pond, not far from Boston. I have swam there and walked the paths surrounding the now very busy popular summer hangout. Jean Jacques Rousseau, the Romantic, desired above all to be left alone (or with his love), surrounded by Nature. Its beauty represented God to him, the ultimate goal. LeCorbusier, in his final days, had also retreated to Nature. He, the master architect, created his own cabin, which can still be found, perched on the heights of CapMartin (in the South of France), overlooking the blue bay, hidden in the pine forest. The architect drowned in that bay.

We frequently visualize Nature to colour our urban lifestyles. When I am told to "stand under the waterfall of gravity" in bikram yoga, my mind's eye can't help seeing and feeling those waterfalls of our childhood, those rare moments of bliss in the wildest nature. I had experienced that in Utah, where my grandfather would take us for a short hike in the surrounding mountains and then we would hear the waterfalls before we saw them, we would run to it, but hesitantly, gauging its strength, and especially its freezing temperature. (Yes those memories do strike me in a bikram studio). If it wasn't a waterfall, it was a stream. Even the youngest grandchildren participated,  a safety rope tied around their waist, and they were tossed into the running currents of the mountain streams.

Therefore, with all these random experiences to depend on, I tried to explain Nature by Rousseau to my son. If you understood, then I hope he too will grasp it.
Posted by PinkTaxiBlogger at 7:11 PM