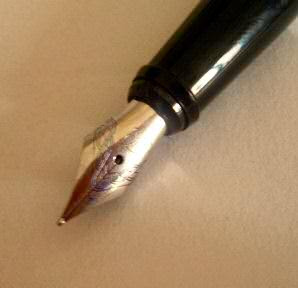 I have received a windfall of letters which tell me that you have read my entries and those special comments that have given my blog a three dimensional character.You are all supporters: some with single entries, others with multiple or daily ones. They all count the same. They represent your participation. My family, which still comprises the largest percent of the regular readership, either applauds me (to the point of embarrassment) or teases me (to the point of embarrassment). My direct family has all participated except for my mom who doesn't have access to a computer and receives all blogs in hard copy and my husband who reads and argues the blogs LIVE.

So far, the comments are never disagreements. The subject matters don't lend to ferocious arguments. There is always a person who has his/her own interesting or funny story, his/her additional detail, his/her "oh yes I was there!" certifying the authenticity of the tale. There are even commentators that have their own dialogues with each other!

What happens in annex is worth noting too: I got a book club offer from a reader who read one of the Prix Goncourts mentioned in the blog in less than 4hours (I timed the person). Now who thinks I was reasonable enough to refuse? I got bikram yoga emails that spiraled into a cacophony of hysterical remarks.

In addition, did you know that I wrote two entries that were rejected by the editorial board? They were deemed to be controversial. I did fight for their entry, sharing with more participants of the board, but that only gave me intellectual over stimulation and I rapidly became tired of the subject matter myself.

One reader sent me no less than five answers to a single topic, regarding the meaning of the word "blasphemous!"

Thank you commentators!
Posted by PinkTaxiBlogger at 11:10 AM