Eating Granola Bars and Playing with Slinkys in Tehran 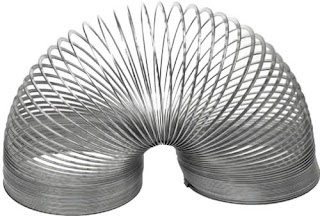 My parents have always been avid and seasoned travellers, flying us to various parts of the world  ever since I can remember. I had seen the Great Wall of China, the cherry blossoms of Tokyo, the temples of Seoul, the volcanoes of the Philippines, the grand Pyramids, the oasis of Marrakesh, the hills of Tyrol, the canals of Venice even Juliette's balcony in Verona,  the obvious Big Ben and the Eiffel Tower, all  by the time I was 11. But although I am a fourth generation American of Irish-French decent, I had not been to the USA until 1981. I hadn't tasted the authentic American delicacies, nor was I acquainted with American toys, gadgets and cartoons. I  had been living in the Eastern tip of the isolated Arabian Peninsula and didn't even have access to Coca Cola (only Pepsi) at that time. My first McDonald happy meal was devoured in Hong Kong in 1979!

When I found a slinky a few days ago in a toy store in Dubai, and visualized its springy quality, I went back to 1979 when I first discovered my cousin's American toys in Tehran. Although she lived in Iran, she called herself American because she was born in California. I remembered hers was larger than the one I held recently, or perhaps I've simply grown up since.  I used to like how the slinky leaped down the carpeted stairs of her house. She also had a prized Mr Potato Head with all his accessories and of course Play-Doh bursting with color. My mother wasn't as interested in such hip toys as her second sister was. But these playthings, so common in the US were not found in Dubai in the early 80s. Likewise, my cousin's house in Tehran also abounded in what I thought at the time were true delicacies, snacks and treats that her mother had brought back to Pahlavi Iran from her trips to California. I ate my first Nature Valley granola bar at her house, and loved the fact that those bars came in pairs.

In Dubai of the 1980's, Americana was not available nor prized. What we did get, and enjoyed almost just as much were kit kat chocolate bars (also in pairs) and crunchy lion bars. This was of course what the Brits had left behind as their legacy in post-colonial Dubai, along with british schools, range rovers and pubs. 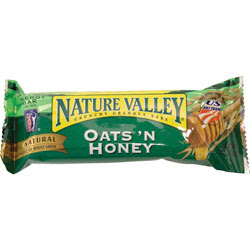 Posted by PinkTaxiBlogger at 10:22 PM