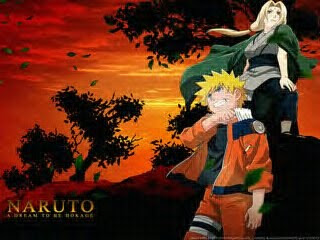 Step into Kinokuniya bookstore...and you will find the largest collections of mangas we have seen outside of Japan. My children run in a frenzy, looking for Naruto comics (and purple haired Sasouke) and printed accessories.

But you will also discover, and I challenge my sister to this, a large selection of contemporary French literature that is translated into English (original language section is still small). I would even bring myself to conclude that the quantity (and quality) is almost as large as Anglo literature translated intoFrench at the FNAC bookstores in France. She is convinced that French literature has plainly dried out.

I was happy to come across the most obvious LeClezio (all his works) because he is a Nobel Prize winner. I loved The Desert which has a Paulo Cuelho resonance, except that LeClezio wrote his a decade before the Alchimist. In that ame vein is Taher BenJelloum with Sacred Night (an exotic tale of gender mix up). Have you forgotten Amin Maalouf the Great? Shockingly, Houellbec was there, sitting in all his pornography on a bookstore shelf in Dubai (even the covers are saucy). The Henry Miller of our times, even considered to be controversial in France is nevertheless revered for his shocking impact. His writings verge on racism. He is the farthest thing you can imagine from politically correct. So if that is your cup of tea (or should I say cafe au lait) I dare you to read Platform.

To switch languages, I escape to the Arabic section in the children's books. A place I shunned for thirty nine years (amongst many other activities and places I shunned and now partake in, never thought I could do a back bend in yoga!).

Indeed, reading an Arabic children's book does require the same commitment and bravery as the practice of a back bend! I read one a night to my youngest. We began with the simple hardcover single worded ones (thus acquiring zoological vocabulary that stuns any diner party), followed by single sentenced ones (to gather more verbs) and now have reached single paragraph narratives, tongue twisters that keep me gasping for air every night. All these books appearance have been renovated, to resemble the Western ones. The stories are about desert animals, day trips in Dubai and very very melancholic stories that draw all the tears of my little one.

I rarely go to Dubai mall, lest it be to skate with my kids, shop for my husband at Zadig and Voltaire or spend a pair of louboutins worth of money at Kinokuniya.
Posted by PinkTaxiBlogger at 5:41 PM