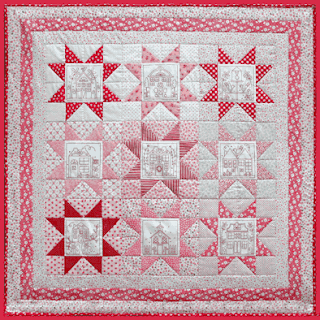 Have you ever wondered whether you would fail your driving test if you were to take it again?

I used that line when faced with an academic board who wanted to test me on Middle Eastern Studies, even though I'd already earned a PhD in the field. Mental nausea is how I felt the day I squirmed myself out of a situation I got myself into voluntarily.

Many times, and with much regret, people forecast their sweetest desires into a "in my next life I would......". I was lucky (some may not concur with me), to get another chance at my academic life. I was in Geneva, my only child was in school all day,  and the University of Geneva only cost a grand total of 500 swiss francs a year for tuition......so I decided to enroll in that university, at the ripe age of 32, toward earning a second bachelors degree, this time specializing in Art History and Arabic.

At first I thought, ha! Piece of cake! Won't I be studying with kids just out of high school? With no knowledge of Arabic? Hadn't I taken an introductory art history class at Smith College a decade ago and visited every art museum in every city that I had lived in?

However, no sooner had I started the program, I was thrown into amphitheaters with interminable lectures and in seminars where I discovered that my fellow 18 year-old students actually had a very strong basis in art history and history per se, a reflection of the excellence of the Swiss public system.


When I joined the Arabic department and took translation classes, I was summoned to the meet the Chair of the department who said that an obligatory exam in Islamic history would exempt me from classes in that field. I had shown my transcript with no less than 6 years of course work in the field, Phd comprehensive exams and two dissertations. When I told him that it would be like failing my driving license after having it passed it a first time, he was surprisingly convinced and allowed me to skip those exams I so dreaded.
The art history professors, on the other hand, didn't cut me any slack! I had oral exams on medieval art history. I memorized the entire Renaissance period also. And I did pass those exams, albeit with a lot of effort put into them. However, when it came to the essays on these subjects, I was given an insufficient grade and they accused my writing of having a "patchwork feel" to it! They wouldn't listen to my long tale: I had earned my french baccalaureat writing the way they had expected me to do now, but when I had gone to the United States, I had unlearned their method, and picked up the "patchwork" writing system which consists of small paragraphs with topic sentences. I wrote my PHD dissertation in that patchwork fashion and was now failing bachelor degree papers because of a constant educational system switch!

As you can see this persistent patchwork writing style permeates this blog!

PS: I  did finally earn my "demi license", after two years of coursework and exams. I then left for Dubai.
Posted by PinkTaxiBlogger at 11:07 AM