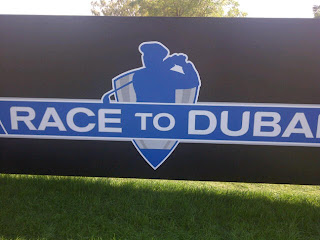 There is a buzz in Dubai again: this week the film festival opened with  Tom Cruise's  World Premiere of Mission Impossible and the European Cup of Golf stole my attention during the weekend.

Who to follow when Tiger isn't in town? As we arrived at Jumeirah Golf Estate, our luck, pure Irish luck in fact: Rory Mcilroy was teeing off the first hole. He was the star player we had come for. We followed his every step for 9 holes before our homework called us home. He played on the stunning Earth course with its organically shaped white bunkers challenging the best champions. Rory got out of one with an awsome hook. He ran out of the bunker himself, surprised by his own performance. 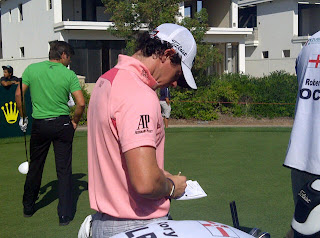 The guy has a good attitude, in all interviews he shows good sporstmanship and reverence. He always speaks of Tiger with respect.

Young, charming, fit, talented. Perhaps not the best player yet, but it is his esprit sportif that makes him sympathetic.

This may be appear like a shift in allegiances, from Woods to Mcilroy. The same way I shifted from Agassi to Federrer. The shift didn't happen over-night, it happened gradually.  It may be that we will see Mcilroy more frequently in Dubai as he is sponsored by Jumeirah Hotels and Resorts. Tiger has chosen an AbuDhabi competition over the Dubai Classic this year, so I won't have the opportunity to stalk him the way I did last year, following him on the Majlis course at Emirates Golf Club. 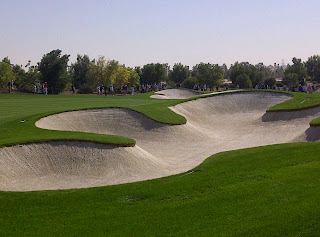 Besides Mcilroy is still young and my son dreams that he may join him in golf competition in a few years, when the champ will still be a player! 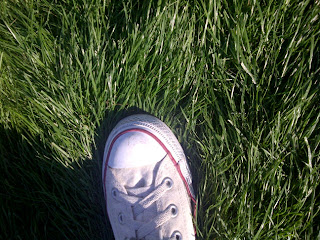 Posted by PinkTaxiBlogger at 4:02 AM