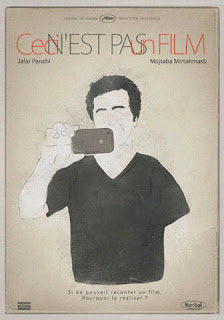 I had a late breakfast with the film producer  Jafar Panahi. I sat back and watched him choose his jam, his flat bread. His body language is Iranian. His surroundings are Iranian. He fiddled with his i-phone. It rang. He put it on high speaker and chatted casually, with his mouth full.

Then he told his story. In the perfect Farsi that I enjoy listening to. I listened to every word. Hung to every sentence because he was narrating a film scenario he was forbidden to produce. 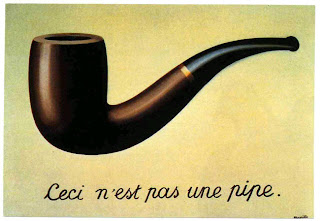 "This is not a film", homage in its title to Magritte's "Ceci n'est pas une Pipe", is a story beyond the making of a film. In fact, it is the story of a film that was aborted by censorship. It is the story of a genius whose hands are tied, who is forbidden to produce.

Jafar Panahi and Abbas Kiorostami are considered to be amongst the top contemporary film producers in the world. I have had the honor to dine with Kiorostami, in reality. I dialogued with him. This film, in its strong resemblance to a reality show, was as if I had breakfast with Panahi and spent the rest of the day with him, listening to his quasi monologue. And his monologue was about his art.

Panahi mentions that he rarely filmed interiors in his past film, yet in this film, as he had wanted to do in the scenario of the aborted film, it was all shot inside. Panahi was under house arrest (he was subsequently jailed); the shots of his home and the casualness on camera made it a very intimate film. Almost a different genre. 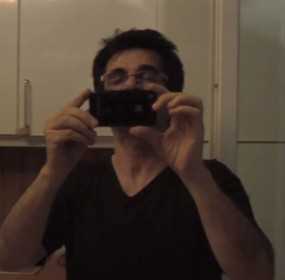 Posted by PinkTaxiBlogger at 8:17 PM