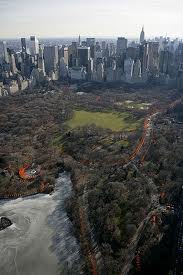 Everyone who has been to NYC has a story, a memory, and an impression. A recent guest blogger's own authentic experience created a domino effect of commentaries because NY is a source of story for many.

Jonathan Franzen's Freedom pays homage to JD Salinger's Catcher in the Rye, with the coming of age of their protagonists in the city. The best Woody Allen movies are those that are shot in his city, Manhattan. There is no separating Jerry Sinefeld from his city as well.

I love New York because all my siblings and my husband have called it home. I have stayed with my bachelor brothers for a few weeks, and have rented a furnished apartment with my first child, for a month, in October. I remember celebrating Halloween with him. He was predictably dressed as a fireman. He knew how to hail yellow cabs with a Farsi "Taxi biya!"

Today, when we watch the sun set at the beach in Dubai, I simplify geography for my kids and tell them that the sun is rising in NewYork and that their cousins are waking up.
My youngest identifies NY so much with his cousins, that he even looked out for them in the film Smurfs, which played in their city. 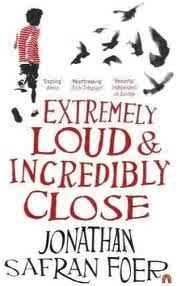 I have recently read Jonathan Safran Foer's "Extremely Loud and Incredibly Close": I could only identify the narrator with my eldest nephew because they share the same voice, the demeanor and the inquisitiveness of a young NewYorker. The kid scurries through NewYork looking for the keyhole that would match a mysterious key he found in his father's closet. (A highly recommended book to read before Tom Hanks stars in the film in December!)


My sister's younger son, who is turning 3 today, is an all time natural NewYorker. It won't be long before he will hail a cab himself to go to the best restaurants, the museums, the boutiques, the shows, the investment banks, the law firms, the hotels, the gyms and the universities.

I always refer to the guys of Gossip Girl when I think of them. I also know that there will always be a reason and a pretext for me to go to NYC, because I am related to four true NewYorkers! 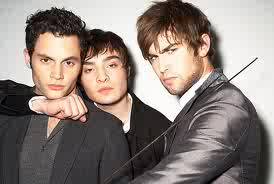 Posted by PinkTaxiBlogger at 4:35 AM