The Cities I Call My Own

Orhan Pamuk identifies himself with Istanbul. In masterly fashion, he fuses his own memoirs with that of the city. Their hearts vibrate as one, "in sickness and in health". The sickness he refers to frequently is huzun, the enveloping melancholy.

I am an urbanite and have always asked my children, as I have pointed to a skyline, or to the shores of a lake: "don't you love your city?" When my son and I bike through the lanes of Geneva and into its outskirts, I scream out to him: "this is your city, peddle onwards!" When I traverse the footbridge that crosses Shaikh Zayed Road and we look at the traffic fly beneath us through the forest of highrise buildings, I manifest my enthusiasm: "feel the pulse of your city!" I encourage my kids.

Orhan Pamuk has one city to identify with. I could easily count four cities that I pride as my own. I did live in a village called Northampton in Massachusetts, for three years, however its status as a village or small town doesn't fit on this post, no matter how the quaint, organic and alternative character affected my maturing years in college. 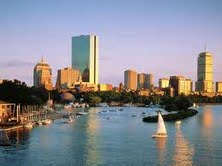 I have posted a blog about Boston, my town, as it is Ben Affleck's! I have studied there for 9 years, dated my husband and delivered my firstborn. How is that for milestones? I know its every neighborhood, studied on every campus, danced in the trendiest nightclubs, shed weight at Boston Body, walked on Storrow Drive, drove on Memorial Drive, trudged in the snow, gazed at the fall leaves, forgot my umbrella in April rains and lazed in summer days. 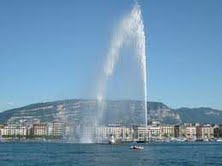 I have always considered Geneva as a female, with a name like that. At first, the Swiss city was a  stern, cold and unfriendly woman I had to battle with as an adolescent in boarding school. Then I discovered her as a more approachable and pleasant city when I came back as a newly wed. As a mother, Geneva returns her favor to me and becomes maternal. My children love its every street, its every park, its every shore, its every neighborhood. 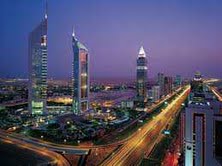 Perhaps the city I associate myself with the most is Dubai, for the sheer number of years I have lived there. Sunny, welcoming, dynamic, warm, cosmopolitan, modern, glittzy, Dubai always has a promise for more. When I grew up there, my parents knew there was something around the corner, a new expansion, a new development. My husband and I resettled there when Dubai became a prosperous miracle and we recognized it as such. My family will always be overwhelmed by its Baraka.

Beyrouth is the enigmatic city where I was born, where my roots are, whose name is quasi appended to the history of my family. I have always been awed by my relatives' identification with this harsh city. The Civil War has left wounds, visible in the crumbling building of Ayman Baalbaki and less obvious in my personal feelings of being rejected as an emigrant. But I have reclaimed my city as a right and believe I have been colored by its cultural wealth and Levantine mentality. I always claimed I would call my next daughter Beyrouth because I consider the name to be  illusive, like a legend.

These cities are not comparable to Istanbul in history, size or cultural importance. Orhan Pamuk writes:"For anything we say about the city's essence, says more about our own lives and our states of mind. The city has no center other than ourselves." Perhaps I can only come close to his experience with a collection of four cities I call my own: Boston, Geneva, Dubai and Beyrouth.

Posted by PinkTaxiBlogger at 2:52 PM