My Son Taught Me Arabic

All my life, I have struggled with Arabic. At age four, I spoke four languages. This means I was familiar with my parents' native idioms and was fluent in my academic French language and the language of the masses: English. Fluency in the Western languages exacerbated any attempt to acquire an ancient and stern language: Arabic. Farsi appeared as free flowing and friendly in comparison.


My mother did her utmost for us to learn our father tongue and I have her to thank. She got us private lessons three times a week! I studied with a teacher from Zahleh and another Druze teacher. They passed on their accents, their stories, their grammar, their script, their dictations, their language. An additional three years in Geneva with a teacher I still hate today followed the ten years of tutorial in Dubai.  All those photocopies of Arabic texts to read, translate and dissect! All those expensive hours gazing out the window at the clouds.....but I managed to pass the Baccalaureat Arabic exam in France with flying colors. I finalized with a two year stunt at the Arabic department at the University of Geneva post Phd ! 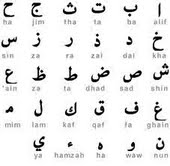 All those efforts, and I still couldn't read Arabic instinctively. Not till I had my third son. His intuitive personality and his sense of humor and interest were the facilitators of my learning. I learned Arabic by teaching it to him, by practicing it with him. And I loved the process.


When I made the decisive contract to speak to my two year old in classical Arabic,  my language fluency was equivalent to that of a two year old. My vocabulary was restrained, my accent heavy, my mistakes remained uncorrected. Three years later, hours of conversation and tender maternal mingling past us, we both can be considered fluent Classical Arabic 5 year olds. I have read the books with him, added the vocabulary and sometimes corrected the Arabic. 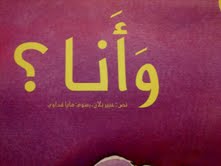 When I give my son the choice between an Arabic book and a French/English one, he always chooses the Arabic one. It is our secret language and a source of fun. I may still stumble in my reading of small paragraphs but it has improved!


Like my son who has learned to read French on his own (since I barely ever read it to him) and sees signs all around the city to be read, I have also reached the stage where Arabic street signs and advertisements speak to me now . They no longer look like Chinese characters.


I have found beauty in my language....finally! 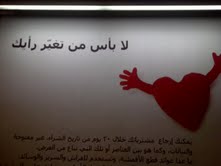 Posted by PinkTaxiBlogger at 3:52 PM