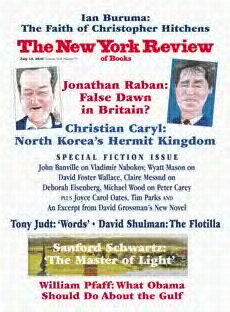 When in lack of inspiration, I read the obituaries in Le Monde. They lie under the rubric of Disparitions (Disappearing) and are always about famous people or successful ones. In the summer I discovered the 1988 Nobel Prize of Literature winner Jose Saramago, writer of Blindness, and I ran to the bookshop to buy a book that had been published years prior.

I looked at the August obituaries column and I found the historian Tony Judt. There is a split second that determines whether I will read the column or not. We tend to read the obituaries of names we recognize. However, I always remind myself that discovering the life of those who have contributed to the intellectual discourse often happens when they pass away. Their career and contributions are then highlighted.

The first descriptions of him are general: historian of Europe, English man who lived in New York, taught at Berkeley for a while and was a passionate Francophile. For that reason alone, le Monde conceded three quarters of a page to his life and writings. I learned that he had served in the Israeli army in 1967. Soon after, disillusioned, he went back to university to study European studies and towards Israel, he became very critical.

I became intrigued by this reputed intellectual. Despite the fact that he was a professor/historian, he became engaged politically and was ready to speak his mind on other issues than his specialization. However, his credibility as a scholar gave him the plate form to voice his remorse, something others would call "self hatred". I don't readily accept such labeling, despite the fact that it catches my attention. Isn't Fouad Ajami called a self hating Arab? That certainly doesn't make him less of an intellectual and a scholar!

I googled Tony Judt and found an exquisite paragraph that I must quote here. In all evidence, I enjoyed reading it because it expressed my very personal beliefs. However, he had to write it with that certain logical mind set, with the confidence of a scholar who can make statements and with the ability to express so much in so few words.

"The problem with Israel, in short, is not—as is sometimes suggested—that it is a European “enclave” in the Arab world; but rather that it arrived too late. It has imported a characteristically late-nineteenth-century separatist project into a world that has moved on, a world of individual rights, open frontiers, and international law. The very idea of a “Jewish state”—a state in which Jews and the Jewish religion have exclusive privileges from which non-Jewish citizens are forever excluded—is rooted in another time and place. Israel, in short, is an anachronism."

It is his precise vocabulary, his simple quasi journalistic vocabulary that attracted me. Beyond the subject matter which I hold at heart. I googled him further and found his last articles on the summer Gaza flotilla. I read about his opposition to war against Iraq.

I also read his many articles in the New York Book Review where he wrote frequently. He has an essay which is entitled "Words". I am convinced that he had been influenced by Marcel Pagnol, as Tony Judt mastered the French language. Like the French author of La Gloire de Mon Pere, he celebrates the preciousness of words, both writers capturing words like butterflies and collecting them. As I read Judt, I could sense his reverence to these cherished words. I would read his paragraphs aloud just to hear the composition of his sentences.

I was glad I had not skipped the obituary page on that day and regretted that I had not noticed Tony Judt while he was alive.
Posted by PinkTaxiBlogger at 8:36 AM