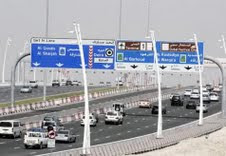 I have never crossed a bridge without noticing it. That last sentence can be read both literally and metaphorically. Indeed, bridges have become symbols for communication, union or facility of movement, even a hand stretched out. It also stands for a crossing, overcoming an obstable. I talk to my kids about the bridges of life, but since they are still young, I especially point to those real bridges around us, each and every time we cross them.

I have visited the infamous London Bridge and the Pont d'Avignon. I have compared the classic Ponte Vecchio of Florence to its Eastern counterpart in Isfahan. With my son, I have recited the poem "Sur le Pont Mirabeau", on a random bridge in Paris because we didn't find verlaine's favorite bridge. We did cross the Pont Neuf (which is ironically the oldest bridge in Paris) and I explained that it had once been wrapped by Christo. In San Francisco, when we approach the infamous red Golden Gate, I always remember the novel in verse by the same name that Vikram Seth composed. This summer while I was dancing the night away  at Rina, a nightclub in Istanbul, I remained mesmerized by the illuminated bridges that linked Asia and Europe.

A bridge is much more mundane than it appears in the novels by Hemingway, or by Haddad, the Algerian novelist, who wrote about an engineer turned revolutionary, who puts an explosive under a bridge  that he'd built himself. I translated that novel, whose title I have forgotten, from French into Arabic, so obsessed was I with the bridge.

There are also the bridges I have passed over very regularly: the Key Bridge that we see from our apartment in Washington DC, the Salt and Pepper Bridge that crosses the Charles River in my beloved Boston and even the Massachusetts Bridge where I had a car accident!

I enjoy driving over the Dubai bridges. Maktoum Bridge has retained her elegance despite its expansion. I always peer over to catch sight of  a fleeting dhow. Garhoud bridge, with its 18 lanes, resembles a large whale that has parked her white spine so that we can rush to the airport or to the Aviation Club for fitness. The floating bridge is a fun way to head to the Creek Club where my son always points to the 7th hole and asks: "remember my birdie there Mama?" Business Bay the super-design one, makes for a sprint to Festival City. 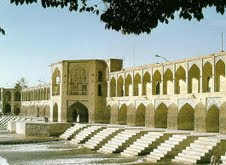 The bridges of Geneva are the closest to our hearts. On a random summer day, catch us, mother duck with ducklings, on bikes and scooters, crossing, incessantly. We like the footbridge that leads to Rousseau Island where we gaze upon Jean Jacques' statue which stares at gliding swans. We love the Mont Blanc Bridge with its flapping flags. On a clear day, I point to the highest peak in Europe and we remember the magical 3604m high.

Always, my youngest recalls the story of "al shirir taht al jisr" (the angry troll under the bridge), who we look for often, but we always encounter clear water instead, perhaps with lurking crocodiles.


I can say the word "bridge" in so many languages... a true indication of my fascination! 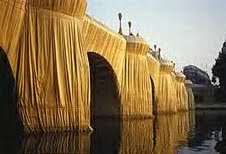