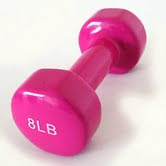 I took my very first exercise class at the Hyaat Regency in Shindaga,  where my most athletic aunt improvised an aerobics class, complete with Jane Fonda moves. It was the 1980s!

Exercising runs in the family. My own grandmother took classes daily till she was in her late 70s! In the 90s, as a graduate student in Boston, my mother diligently looked for a gym for me, her (at the time) overweight daughter. My parents then got me a membership at a cool gym called Boston Body. I went to the classes half heartedly at the beginning, and then got more and more involved in the body sculpting classes with dumbbells, and the "butts and guts" classes, where we did those terrible crunches that are forbidden by any pilates instructor.

When I took STEP classes, I was hooked. I attended daily. We would get so hot in that room, even in winter, that they would let the Boston chill in, by cracking open a window in class. That's when I started losing weight. I then started using the gym in my building, and spent hours on the Stair Master. I left Boston in 2000 when STEP classes had become retro and the pilates reformer machines were entering the gyms. They looked so intimidating!

In Geneva, I was a new mom and I discovered "Holmes Place", a very posh gym, making Boston Body look like an Urban Outfitters  in comparison.  Holmes Place was more Juicy Couture. I don't know if I put my son at the day care to exercise or whether I exercised because there was a day care. The combination was a perfect antidote to sleepless nights and intense baby time. At the end of the workout, I always remember running to the day care having missed him so much. At "Holmes Place", I took a couple of spinning classes but I essentially went to train in the weight room on the machines. They had TVs with CNN and MTV and I would walk, cycle, and use the stair master.

When I arrived in Dubai I did look for a gym. I tried a short lived membership at the Ladies Club and soon gave up because I wasn't motivated enough. I loved their beach, their cultural center, the woman's college atmosphere. But their day care was half hazard and the classes rather dull. I didn't think of Club Stretch as a gym. It is a pilates and Bikram Yoga studio. So I continued my search.

I didn't want to join any hotel membership because I don't enjoy the socializing that it entails. I like my own private time and space when I work out. At DIFC, I found Fitness First and Capitol Club: the first is the Carrefour of gyms and the latter a VIP only, ultra luxurious gym. Neither image or ambiance suited me so I kept on looking.

Eventually I found  the Aviation Club, which isn't as far as everyone believes it to be. Once I get there, I really enjoy my garden walk to the gym, a fully equipped, pleasant gym, with good music and a very nice trainer. More importantly, there isn't a soul there when I train in the mornings.


Once in a blue moon, either as a Eid gift, birthday gift,  Valentine's day gift or sometimes when I win a bet, my husband gifts me with a pack of  personal training hours at U Concept. It is at the Village Mall. The decor is one again more Urban Outfitters than Juicy Couture,but I don't mind it. I have never had a nastier trainer as the one I exercise with there: he immediately put me on a strict protein diet, is always yelling out instructions so as to motivate me to move and perform.  Thank God these very expensive packages are once in a blue moon indulgences because I suffer terribly but admit to seeing marvelous results.

The gyms, and particularly the pilates studio are my sanctuaries. I prefer to spend money and time there than in malls shopping. I hope that I  will still be exercising  for another thirty years like my grand mother did.

But one piece of advice: Stay away from clubs, they're merely social traps. It's a frame of mind I must have inherited from my mother. 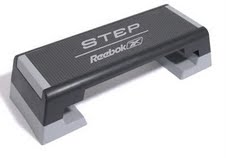 Posted by PinkTaxiBlogger at 5:16 PM