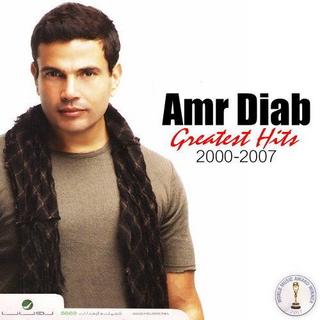 My father closed the door while bidding me farewell and suggested a "Amr Diab!" That could inspire me, he offered. I often complain about my lacking inspiration, ready to call for a halt, or at least a respite on this blog.

It has been five days since the paternal suggestion and today, at the perfect moment when I was leading a desperate housewife activity which consists of sorting the groceries into meats, veggies and dairy bags at Carrefour, the happy tune came on. Amr Diab made me smile at ten am, at the supermarket, before my pilates class.

Amr Diab is a VERY charming wedding singer turned pop star, or perhaps he is a pop star turned wedding singer. I believe he is the one who turned Arabic music into pop, removing it from the languorous melodies of Fairouz or the melancholic tunes of Um Kilthoum. He stole some Gypsy King stanzas (there even was a court case) and transformed Arabic music into lounge music.

I had heard Amr Diab sing at a few weddings. His music is catchy and I purchased his cassettes and memorized his lyrics as I drove the streets of Boston. Then, once upon a time....

..... An Afghan prince charming serenaded me in front of an elevator at the Fletcher School of Law and Diplomacy. What impressed me more than his guts to sing an Arabic song, he the non Arab, to a girl he knew was an Arab but had not been introduced to,  was that he had selected the appropriate singer. Five years later, that Amr Diab song, along with Go West by Pet Shop Boys became our theme wedding song.

We couldn't afford to invite Amr Diab, all clad in Versace silk shirts to sing at our wedding, so we looked for him on his American concert tour. This took us to a middle of nowhere wedding hall in Worchester, Massachusetts, with other Arab Americans in a nostalgic mood. We did the same for Ragheb Alameh, the Lebanese competition to Amr Diab.

Ragheb Alameh also has a rather hip way of singing. He doesn't equal Amr Diab in charm, he lacks that twinkle in the eye and the dimple in the cheek that make Diab a pop star. We saw Ragheb Alameh at Starbucks in Beyrouth, twice in a row. He sits there, remembering his tours across America and the weddings that paid him thousands to perform.

A decade has passed and those two stars of the nineties have been replaced by botox loaded divas like Nancy Ajam and Haifa Wahbe. I don't follow those trends but have caught up on another one, which suits my musical disposition more.

Yasmine Hamdan is Lebanese and like me, she has a penchant for Afghans. I have Mirwais, a son, named after the DJ and she has the DJ Mirwais as her collaborator. Together they have created a techno infused Arabic record, Arabology, that hasn't been acclaimed as it should have been!

Incidentally I have seen the latest Elie Suleiman film in which her music can be heard. It was an autobiographical film about growing up as an Israeli Arab. Simply put in beautiful cinematography. With those pictures of the Time that remains in mind, the Amr Diab song did resonate today! 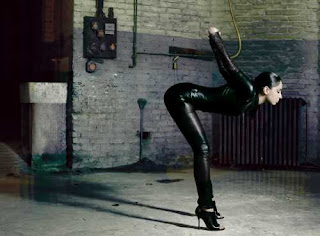 Posted by PinkTaxiBlogger at 11:44 AM