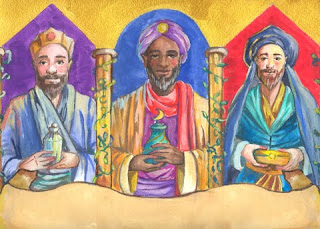 When I think of the Socratic method of teaching I always remember Prof. Jeswald Salacuse and his large auditorium of fifty students taking International Public Law with me. I used to sit in the front, the nerd that I always was and listen attentively to the questions he posed before us. His lectures, as in all US law schools, consisted mainly of questions leading to yet another question, and yet again another question, finally leading us to one of many possible answers. This method of teaching would be impossible in a European auditorium, where the deified Professor proceeds to lecture in a often monotonous voice to a large group of "unknown" soldiers! I always think of European undergraduate education as a war, with the student constantly battling with difficulties, fighting for survival and chartering unknown territories.


Instead, at the Fletcher School of Law and Diplomacy, I had Dean Jeswald Salacuse, striding in front of his audience, almost like a talk show host, making International Law palatable, by asking the most pertinent questions. We learned from our smart classmates. We also thought about the questions, wondering if we could each venture an answer; thinking is the most active path to learning. Salacuse always greeted the answers with a smile, or a look of interest, never denigrating anyone, and always encouraging participation rather than intimidating his students. I chose him as one of my advisors when I reached the PHD level. I thought a trained lawyer would make a good combination with an engineer and a historian, my other two advisors.

The historian, Dr. Sugata Bose, was an erudite Bengali from Calcutta who was related to the Nationalist Bose. I had ventured into the intricate world of South Asian studies in his classes and had come out scathed from the depth of its analysis, the complexity of subaltern studies theory, the density of the history. I studied hard and still only managed to grasp the tip of the iceberg.  Thus it made perfect sense when I chose field, Saudi Arabia as my field of study: : I had chosen a "modern state" with a thin layer of history and a quasi monolethic cultural paradigm. However I selected Sugata Bose, the gentle yet demanding and sophisticated historian as a challenge and as a guarantor of the quality of my analysis and thought process.

The engineer turned social scientist was Dr. Andrew Hess. His approach to the study of Saudi Arabia was eclectic. He had lived there as a petroleum engineer and had presented the country as "a traditional country which had experienced the impact of modern technology". His seminar on Saudi Arabia drew me in and I decided to specialize in the topic and wrote my Phd dissertation on "The impact of American educated Saudi technocrats on their society and culture". With Hess, social sciences were a live and concrete study. Our exams were about case studies and scenario building.

Incidentally, the first class I took with Andrew Hess at the Fletcher School of Law and Diplomacy was on Afghanistan. I was cross registering from Harvard. The following year, returning to Fletcher as a full time Masters of Law and Diplomacy student (after a Masters in Middle Eastern Studies from Harvard), I was sitting in front of Andrew Hess' office when I encountered a fellow student, a handsome Afghan, who later became my husband. And the rest is history....
Posted by PinkTaxiBlogger at 7:11 PM