The Departure to Boarding School 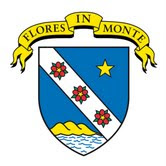 It was always at the end of August, that, with a feeling of dread in the air, we would finally bid each other farewell in front of our parents' house in France. There was much hugging. Last minute reminders. And of course lots of tears were shed.
Each of us, at different intervals from the 1980s through the 1990s, set off to boarding school in Geneva, an hour's flight from Roquebrune. Those goodbyes occured when we had become seasoned boarders. With much compassion, my parents had accompanied each one of us to school our first year.

I remember the excitement that August of 1985. I was fifteen and it had been our first summer spent in a house still under renovation, in France. My parents had composed a winter wardrobe for their otherwise desert dwelling daughter, which consisted of some hand me down sweaters and a particularly granny looking long coat, some vintage Scottish quilt mini skirts that my mother had worn at the American University of Beyrouth in 1968 (those were so popular that my girlfriends begged to borrow them), a pair of moon boots in case it snowed in Geneva (I took them to the Soviet Union on a school trip and exchanged them for a Lenin bust), and a brand new wardrobe from Benetton, which was a true incentive for me to go to Geneva willingly.

They showed me my boarding room at the girl's villa, introduced me to my Spanish roomate Rosaria who was much younger than me, and didn't speak a word of French or English. With my poor Spanish I memorized: "Apaga la luz por favor" (turn the light off please). My mother taught me how to make my bed with hospital corners, an art she passed on from her mom who was a nurse, to each of her children.
On my bedside table, I had the book  by Brook Shields, "On Your Own", about her own experience when she went off to college at  Princeton. My nails were painted fluorescent green and yellow, and I wore punky black rubber bracelets and leather spiked ones on my wrists, as a true Madonna fan. I was a teenager inspired by 1980s pop culture, always thinking of the movies "Desperatly Seeking Susan", "Flashdance", "Xanadu" and of course "TopGun" and "Karate Kid".

Boarding school was a challenge for me. I had done nothing but daydream the first ten years of my education, and I had a baccalaureat exam to prepare for in three years. I studied past the study hours,  while wearing the back brace my mom had purchased for me to improve my posture . In my free hours, I inked through large notebooks of diaries and pursued my old passion of reading. I also managed to build many good friendships in boarding school.  However, none of the above, not even weekends spent skiing, were sufficient to rid me of my homesickness. My trips back to Dubai on term brakes only reignited the feelings.


My siblings and I are all three to four years apart, so none of us coincided at boarding school. No sooner did I enter college that it was my brother's turn, followed by my sister who  arrived as he was leaving to college. The youngest also experienced the same. Each one of us felt culture shock and some level of homesickness, although with each year, we all felt more comfortable there. Each one of took turns grasping on to our parents by the steps in France, in late August.


Many years have now passed, and we have all grown up and have our own children, all still too young to leave our nests.  This summer in France, as every year, we witnessed la rentree (back to school) in all its glory. The store windows piled up with school supplies, the swallows began their flights back south, in large V shapes. Having enjoyed yet another lovely couple of weeks in the heart of our parents home, we once again packed up, and bid them farwell at the same doorstep, each of us heading in different directions, as the beginning of the school year reaches closer. Now our children linger in the hugs and shed warm tears, as they leave behind their beloved grandparents, aunts, uncles and cousins, some who live far, as yet another beautiful summer draws to its nostalgically bittersweet conclusion.

Posted by PinkTaxiBlogger at 9:17 AM