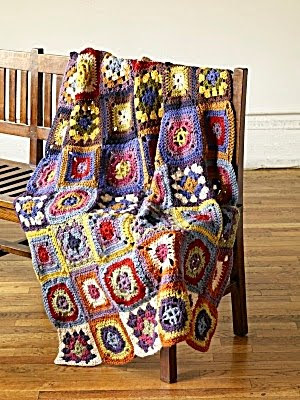 I was clever enough, at a very young age, to concoct a  bicultural name for my maternal grandmother. The first part of the name I chose for her was "Teta" for the obvious reason that I am Lebanese and was living there the first 5 years of my life. However, Aileen Mehra, or Teta Mommy (as renamed by me) is not an Arab, but a tall and beautiful American woman of Irish/French ancestry. I therefore added Mommy after the Teta, to americanize it more, probably having heard my own mother calling her affectionately "Mommy". Teta Mommy is the name my siblings call her as well, although my maternal cousins call her "Mommy Aileen" or "Big Mommy", translated literally from the Persian "Maman Bozorg".


My grandmother, still healthy and robust at the age of 86 (she was born on the 24th of December, 1924, and her middle name is Noel), has a sense of creativity that served her during her married years in  Iran in the 1950s and 1960s. She managed to recreate her personal little America within her household. She had married an Iranian technocrat, whom she met while he was getting his medical degree in the United States, who had a modern mindset and respect for her American ways. It was a love story only novels could have imagined: she was a nurse and he was a doctor. I couldn't read John Irving's "World According to Garp" without thinking of their story.

Her cuisine consisted of Julia Child recipes. She also learned Iranian recipes, which  she always tried to cook with less oil, in order to make it a healthier meal. Her spaghetti with meat balls accompanied by garlic bread are famous in our family. She made creamy peach ice cream in the heat of Iran, that my mother remembers fondly. For me, her eldest grand daughter, she used to bake Raggedy Ann shaped birthday cakes. She managed to continue her tradition of cooking when she returned to the United States with her family in the early1980s, but soon her kitchen was taken over by her daughters, who now cook up a storm for family get togethers, mixing Iranian and American recipes with perfect ease.

I like to think I have a very special relationship with Teta Mommy. Along with the delicious cakes she made for me, she also encouraged me to read by gifting me enchanting Fairy Tale books. She always signed the front page with her cursive handwriting. The same handwriting she used to write her letters with. For twenty years we corresponded regularly. Receiving her letters was a great consolation when I was attending boarding school and then college. I also used to share all my thoughts with her, the books I read, perhaps a precursor to my blog writing.

Another talent my grandmother had was  doing crochet handiwork. She has abandoned this hobby now. I am fortunate enough to own a whole collection of Irish sweaters she has crocheted (ranging from the ones I wore as a baby and toddler then handed down to my kids) to the ones she created for me as a teenager. My favorite one is a gray sweater she made for Dai Rahim and which he eventually gifted to me. I  always remember him when I wear it.

Her crochet work extended to the magnificent thick and multicolored throw blankets she made for many of us. They consist of squares of crochet sown together. They kept me cozy during  my many naps in the long Swiss winters and Boston ones too. She used to sit in front of the TV, while watching her favorite movies and shows on AMC, usually oldies or detective series, and crochet. Her TV guide was always sitting beside her, and she was organized a week ahead for what shows she would watch.  Now that she has given up on crocheting,  her gifts are even more special to me.

Teta Mommy may  also have been one of my main encouragements to work out, as I remember her exercising till she was in her early 80s. Aerobic classes, STEP, even kickboxing and yoga. Nothing scared her. She is health conscious and lean, and took exercising with the same intensity she takes in cooking, reading and crocheting. All her instructors knew her by name and encouraged her at the Canyon Racquet Club in Sandy, Utah where she lived many years with my grandfather. I know that she is still quite active, going for walks with her daughters in San Diego.

Her creativity, her love for books, her readiness to participate in anything fun, mostly with her children and grandchildren, continue to inspire many. She has ten children and a larger number of grandchildren (the youngest one is 4!) and  a considerable amount of great grandchildren. As a teenager, my first (and perhaps only) act of rebellion was to change my middle name, when I received my US citizenship: I chose her name Aileen over the random Bettina, but that is a whole other story.
Posted by PinkTaxiBlogger at 6:14 PM