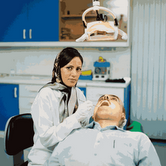 In the 18th century, Montesquieu wrote a book entitled "Lettres Persanes", in which he imagined two Persians traveling in France and writing letters to their compatriots about French customs. A new book, reminiscent of that famous novel, is "Marche sur Mes Yeux",  in which a Swiss writer and a Swiss photographer travel in 21st century Iran, writing correspondence in blog form to their compatriots and fellow French readers about Iranian "happy" customs. They went in search of Irania Felix.


My personal formal introduction to Iran and its modern culture was in Professor Chahabi's class at Harvard, while I was studying towards my masters degreee. He asked the large lecture hall a single question that suddenly dusted all the cobwebs of my misunderstanding and demystified my motherland:

"What percentage of Iranian people are Persians?"

In 1991, only 49% of the population was Persian. It was then that I learned about the Kurds, Azeris, Arabs, Armenians, Bakhtiars, and Baluch. I finally understood that Iranians are not all Persian or even Farsi speakers. The rest of the class offered me the historical and political information that I lacked at the time. The talented professor also spoke at length of the culture, which I comprehended but never read about theoretically. I consequently understood better the concept of Taa'rof , the formal and flowery terms Iranians use constantly in their conversations with one another. Taa'rof  is well illustrated in the title of the book "Marche sur mes Yeux", which literally translates as  "walk on my eyes", a saying many Iranians use when they want to insinuate that they would do anything, figuratively, for their loved one, even allow them to walk on their eyes. My own Farsi is still devoid of these lyrical sentences, perhaps out of embarrassment to use them at the wrong occasion, for they are used very specifically. The ones I use more commonly are are "khasteh nabashin" (I hope you are not too tired), and"dastetoun dard nakonad" (may your hand not hurt), both after I have been guests at an Iranian home and have been treated to a delicious dinner for example.


Given my own Iranian heritage from my mother and the amount of time I have spent with Iranian friends, in addition to the trips I have taken there recently, I can claim that I am very much aware of what the Swiss authors write about. However, his close contact with the Iranians, his research skills and his acute descriptions are comendable. He discusses such issues as the Iranian ways of mourning and the veneration of martyrdom. He coins the events of Ashura, the time Shiite Muslims mourn the death of Imam Ali, with a very fine title: "the pleasure of crying" (in French there is a poetic alliteration of the "p"sound: "le plaisir de pleurer"). He evoques the pride in the tears, especially for macho men. Also he informs his Western readers about the progressive stance of Shiite Islam and its openess to interpretation (Bab al Ijtihad).

A few details were even unknown to me. Take the Paykan car that is made in Iran. I didn't know that it started out as a British car that was manufactured in Iran and never stopped being produced there. The author mentions with irony that in this special case the older the car model the better because the old Paykan models were more authentically British!


What was most interesting in the book is how the authors manage to deconstruct typical western stereotypes of Iranian society. He encountered various characters: women in complete "tchador", couples in "sigheh" (temporary marriages), bazaris (merchants),  bassedjis (paramilitary), clerics and artists. The  general atmosphere of Iran as described in this book reminded  me of the large canvases by Rokni Haerizadeh of the streets of Tehran: Iranians picknicking everywhere, people in traffic jams.

The writer also gives an intimate portrait of Khosrow Hassanzadeh, the famous Iranian artist, who I'd only known from his paintings, those of wrestlers, mothers at their sons' tombs and other traditional figures. Hassanzadeh is a reformed Bassidj who became a liberal apolitical artist. After I read about Khosrow through his eyes, I began to appreciate his art more. It appears to me that it is authentic, real. The Swiss author gave him a certain credence.


Another interesting aspect of the book is the unusual correlation made between Mashad the center of pilgrimage and the promiscuous activities that take place there (ranging from sigheh marriages to prostitution). I also learnt that the pre-revolutionary oppostion meetings (circa 1978) were held at Beheshte Zahra, the large cemetary where the Shah's men respected the immunity of the place and did not harass dissidents. It was there that Khomeiny held his first political speach. However Beheshte Zahra has since lost its immunity and the green revolutionaries of 2009 were arrested there during their own mortuary celebrations. Serge Michel speaks of these revolutionaries at length in the book. He followed them very closely, saw them in their protest movements and read their blogs. He called them the Pop Revolution. It made me smile remembering the same generation creatively playing music in the film Persian Cats.


I was brought to tears of laughter in a chapter called Mehrdad, the story of a soldier who criticizes his unit, which was responsible for stoping the convoys of drugs from Afghanistan. First he admits that they were frightened silly to fight the Afghan drug importers. Most of the time the Iranians just tried to keep out of their way. However when they did catch a heavy cargo once, the Iranian soldiers took some of the confiscated drugs and  got high themselves. The chapter read like an Italian comedy staring Adrien Brody.


Regarding the much politicized nuclear project, the Swiss authors make a valid point: when did Iran ever make an offensive move anywhere? This is a point made by one of his interviewees, but the Swiss do not contradict him.


In many ways, reading this book made me  feel nostalgic for Iran. I came close to experiencing what the author did when I traveled there  with my brother on a trip organized by Le Monde. Today is his birthday and so I would like to send my travel companion all the best wishes for a very happy birthday!

As I know you will enjoy it just as much as I did, I will pass on this interesting read when I see you very soon.

Happy Birthday and wishing you many many more to come! 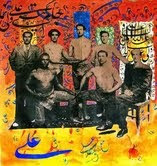 Posted by PinkTaxiBlogger at 5:25 PM