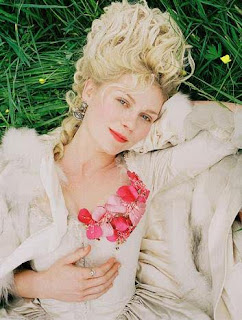 It is a known fact that students enter American colleges with an idea of what they would like to study, and graduate as adults with a very different degree in hand. This is a luxury for American college students who can declare their major in their Sophomore (2nd) or sometimes Junior (3rd) year of college, unlike European students who enter a specialized university from day one. The one exception to this rule in the US, is for engineering students who start their engineering courses toward their major their Freshman year, but if need be, they certainly can opt for a different major whenever they choose.

I am one of those students who elected to change my major a few times, first attempting Middle Eastern studies, but I didn't mesh well with the rigid and classic professor of that subject at Smith College who told me: "It's history or nothing".  I chose "nothing", which turned out to be Spanish language classes, and when I added some  Spanish and Latin American literature classes I finally had found a major!

Before choosing Latin American Studies, I tried one more major: Spanish Literature. For that, I had to take Spanish literature from Medieval days to Contemporary and also a course in Latin American literature to make it a well rounded major. I therefore took two classes in each continent: a Medieval Spanish which I despised (all those beggars sitting at cathedrals and Cervantes were at best sopophoric) and a Modern Latin American which I instantly loved. Perhaps had I done the opposite, Modern Spanish and Early Latin American that I would have stuck to Spanish. Such is fate.


However, I must note that it wasn't the predictable magic realism of Gabriel Garcia Marquez, nor the lyricism of Neruda, nor even Isabelle Allende's "La Casa de los Espiritos" that enthralled me and convinced me to specialize in the literature of a continent I had never set foot in. To this day I haven't been there....call me an Orientalist! What did entice me to search further into literature of that region was a specific poem entitled: "La Princesa Esta Triste" by Ruben Dario.

Ruben Dario was a poet of the XIXth who was inspired by the French writer Theophile Gautier, whose motto was "art for art". Dario wanted to write a precious poem replete with precious objects, exotic animals and set in a fairytale atmosphere. The poem is long, I will therefore just include the first stanza. My translation is quasi literal. I always wondered what made the princess sad. It is not revealed in the poem. I believe it is "spleen" that is tormenting her, a french term which is taken from Baudelaire's work, and means profound boredom and despair for no particular reason.

The princess is sad? What can be wrong with the princess?

Sighs escape from her strawberry lips,

The princess is pale on her golden chair,

Hushed is the music of her royal bower,

And in a vase, forgotten, a flower fades.

To fulfill my major's requirement I was required to take a course in Brazilian literature. I found a loophole (I wasn't ready to study Portuguese): Brazilian poetry! I attended classes taught in Portuguese and purchased a Portuguese-Spanish-English dictionary. The professor made an exception and allowed me to write my papers in Spanish but I was deciphering Portuguese verse!


Years later, when I was doing field research in Saudi Arabia, I read the two beloved novels by Marquez: "En el Tiempo de Colera" and "Cien Anos de Soledad". Latin American Literature had become entertaining and at that time for me, possibly suffering from the same spleen as "la princesa", they managed to transport me and entertain me when I needed their magic most.
Posted by PinkTaxiBlogger at 6:03 PM