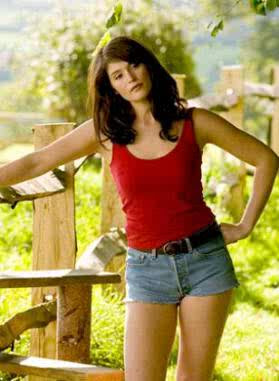 I read about Peggy Simmonds in Le Monde in 2000. I realized that if the comic book "Gemma Bovary", a modern version of  Flaubert's Madame Bovary,  had been translated into French, it meant it had to be good. My husband bought it for me in London as I always prefer to read works in their original language.

I read Simmond's other comic book, "Tamara Drewe" about four years ago. This time it was an adaptation of a Thomas Hardy's novel, "Far from the Madding Crowd", which I have yet to read.


I'll start by stating that I am not an avid comic book reader. Except for  the classic Tintins, I  have rarely ever finished an "Asterix et Obelix" or an "Archie". My son has the whole collection of Naruto Mangas. I have read some more recent Manga autobiographies out of curiosity. The only other comics I have truly enjoyed are Marjane Satarpi's "Persepolis" when it was a French kept secret, before the dissapointing film came out. At least the film adaption of Peggy Simmonds' "Tamara Drewe" turned out to be impressively good!


The poster as posted above is eye candy for the guys, but might be the only thing that will keep them interested. In the story, as soon as Tamara Drew lands in the middle of nowhere in Britain, all eyes are on her. While the subject is a tad bit feminine (as most British films, except perhaps Austin Powers and James Bond), I can't state that the film itself is a chick flick. It has the intelligence of a Jane Austen movie, without Gwyneth Paltrow putting on her spouse's British accent.
"Tamara Drewe" is a BBC production with English actors (and a random American in his role as an American, in the same way Hugh Grant plays the role of the odd English lover in American movies). Everything British is authentic: the countryside, the interiors of the homes, the accessories. There is an English Martha Stewart, who changes aprons for every scene (strewn with flowers and even chickens), and bakes scones and minced pies, her table laden with British porcelain. The characters all drive Minis, old Land Rovers and the latest Range Rovers. They wear Barbours and Irish knit sweaters. The tea isn't omitted either!  It's unbelievable how much the characters resemble the ones drawn in the comic book, some of them basically identical.  The pace of the movie was very pleasantly quick, as was the reading of the comic.


To those who want to see the movie, run to a bookstore first, buy the comic book, read it in two nights and the third night go see it. In the end, this recommendation is reserved for the female readers of this blog. Like Jane Austen's novels in the 19th century, I think I can claim that the comic of "Tamara Drewe" is chick-lit for the 20th century....Perhaps a sensitive male could venture and give it a chance?
Posted by PinkTaxiBlogger at 6:36 PM