A Preface to the Preface of a A Book


This blog post isn't an anecdote, nor is it a portrait, or a film review. It is a preface to the preface of a book.

When was the last time you read the Preface to a book? Especially when you don't recognize the author of the Preface. I occasionally will revert to a preface AFTER I have read a book, the same way I look for film reviews after I have seen the film and have allowed myself the time to compose my own review on the blog.

I took a deep breath when I bent the binding of the hefty volume, Infinite Jest by David Foster Wallace and initiated a reading I had been postponing for a while now. A friend, whose literary opinion I respect, read it six months ago. I had perhaps influenced him because I informed him that Wallace was a graduate of Amherst College, like himself. I had also read DFW's non-fiction, after I found out he was the buddy of Jonathan Franzen. Your friend is my friend, Franzen! 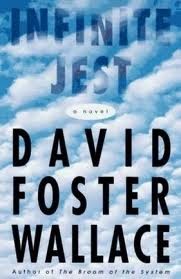 David Foster Wallace has Amherst College in common with me (I cross registered there), a fascination with Roger Federer (he wrote the essay "Roger Federer as a Religious Experience") and he was recommended by both my well-read friend and my favorite writer. I began with his first book: The Broomstick. It is the quirky story of a grandmother who goes missing from a retirement home and her grand daughter goes looking for her. By chapter three, I got lost in the Alice in Wonderland fantastic train of thought of David Foster Wallace. I gave up! I much preferred the very Franzen's straightforward story in The Corrections, in which the grandmother pops pain killers and pursues her family to gather for a Christmas dinner in the MidWest.


Dave Eggers, the author of the Forward in Infinite Jest addresses all these issues. He says the following:

(B) In fact, he is a unique writer and his Infinite Jest cannot be categorized with any other piece of fiction. As a result the reader doesn't know how to handle the book and can be intimidating.

I must quote the writer of the preface, who must feel honored in his role as "opening gig" to the literary concert that is Infinite Jest. He poetically mentions: "and thus I spent a month of my young life (reading this book)". I know one person who could say the same. He carried the hefty volume to the other side of the world, on a trip to Australia.

I have just begun reading Infinite Jest and I may very well answer negatively to the very frank question posed in the Forward: will you read it? The 1000 pages don't intimidate me in the least. It is DFW and his absurd style that confound me and have me lost by the end of the Preface.

Posted by PinkTaxiBlogger at 5:16 PM