I have always been surprised by parents, ourselves included, who want things to be different for their children.

In Dubai, the old timers, the ones that grew up here in the 80s, attended Choueifat school, in Sharjah. My siblings also commuted to Sharjah to the French Lycee. These were the best options for International and French education. When I bump into someone who says he/she grew up here, I always suppose they attended Choueifat and they agree, mostly with a litany of laments.

The Choueifat system is a very academic one, based on examinations and is very strong in sciences. The graduates often get admitted to the top American universities. This is what I tell anyone who moves to Dubai, in search of an International education in English. The Choueifat graduates seldom, if not, ever, put their children there. They say, they don't want their kids to memorize, they think it was too strict and stressful and they don't want their own children to go through the same strenuous experience as they did. They do not admit that they got a very solid education.

I somewhat understand them. While my children are following in my footsteps, by attending a French school (with the added Arabic bilingual program), I would not imagine sending them to Florimont, the Jesuit boarding school I attended in Geneva. If I were to live in Switzerland, I would find a good alternative in Swiss public schooling.

The reason behind my rejection of my former high school stems from the feeling of discomfort I felt while attending. I performed better than I ever did while I was in Sharjah, I aquired very good study skills and I cannot criticize its system. However, the daunting feelings of homesickness, the severity of the place, the cold and ugly corridors do not make it a prestine setting. I don't want my children to think that education is punishment!

I was chatting with an acquaintance who told me her kids attended JPS. I know the school well enough because I have many friends, some of them ex-Choueifat, who have put their children there for all the reasons that vary from the objectives set by a school like Choueifat: very good sports, less exams, less stress and more hassle free!


In our conversation, she inquired about Arabic and Hindi tutors. For the latter, I pointed to My Own English High School, which has a very high success rate because of the excellent academics (Indian education). She blushed and admitted she had graduated from there: obviously she had chosen an upper-scale Gems system for her children, but the irony is that the higher the tuition, the more lax the system.

The only friends who come to mind who have chosen Choueifat for their children and happen to be very content there,  are a French educated couple.... yet another example of wanting a different educational choice for their children! 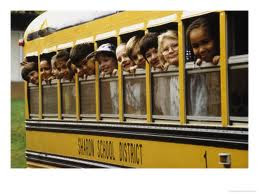 Posted by PinkTaxiBlogger at 7:17 PM