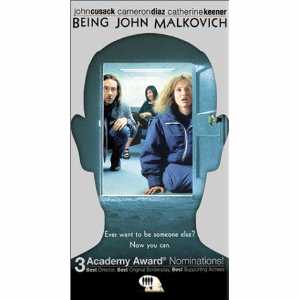 For those who have missed the unforgettable film  "Being John Malkovich", it happens to be a brilliant psychological comedy based on the presumption that you could read the mind,and literally be in the mind of John Malkovich, the very intimidating, snobby actor with a nervous twitch and a mean strain.

It is one of those Alice in Wonderland, bizarre, fetish films that we often refer to in the family. Therefore, when my brother and I climb the stairs of the high rise we both live in, we walk onto a "in between" floor which ceilings are lower than standard, forcing us to bend, like the scene of the person who entered Malkovich's brain, through a low ceilinged storey. We always laugh at the memory of that fantastic film! 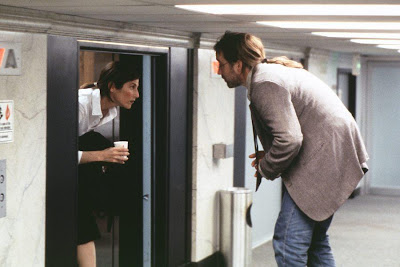 This reference will have to go step by step in explaining my experience as a blogger. I often, and very gratefully, receive thoughtful comments at the end of a posting. The more comments there are, the more popular and successful the post. I enjoy all comments, even the briefest kind or event the more critical ones.

Other times, I receive comments off the blog. A reader will send an email, or a blackberry message, sending me a remark,  or a clin d'oeuil to my post, to tell me she/he read it. Sometimes I get a verbal commentary, in which I continue the topic's conversation and push it further. I am frequently teased for my stalking habits, my dietary preferences, or my inclination towards vampire movies. I will be recognized for my caffeine addiction, my obsession with Franzen or my appreciation of controversial thinkers like Bernard Henry Levy or Salman Rushdie.

Most of my readers, especially those well acquainted with me, know my idiosyncrasies, my bad habits, my train of thought. They can almost read my predictable mind because I have made many confessions and have admitted my shortcomings.

As a bright example of the Being John Malcovich situation, I once admitted openly on the blog that I relied heavily on corrections and appreciate them, be they the academic corrections I received once upon a student life, or the constant corrections I still receive in ahtletic endeavors. It was then that a sports instructor, who is also a  friend, a reader of this blog and sometimes a commentator,  began  to "read my mind", and scolded me for relying too much on corrections. This happened a couple of days after my actual post! I came to realize that my thought process was no longer a secret, but had actually become public domain!

My husband once told me in a moment of endearment: "whatever you write on the blog, I 've always known already. I know where you are heading as soon as I read the title".


He started playing "Being John Malcovich" with my mind ages ago! 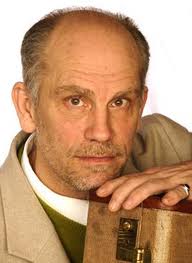 Posted by PinkTaxiBlogger at 5:46 PM