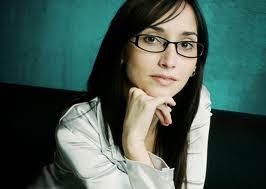 I never liked essays until this year. But I recently discovered that David Foster Wallace's non fiction is much more aproachable than his fiction. I would never have thought that literary theory could be as pleasant a read as David Eggers' Preface to the novel "Infinite Jest"was.

My husband doesn't want this blog to become too "intellectual". He recommends I write the way I speak. My cousin seconds that, as she scolds me for dwelling on Franzen. But my husband also doesn't think too much golf or bikram on the blog is good either. The one thing I try hard not to do is to build a "desperate housewife" blog about the trials and tribulations of a wife and mother.

This is why I choose to express all my thoughts, as a mixed salad of trivial and not so trivial. I have to say the main reason Wallace or Eggers appeal to me as essayists is that they tackle the complicated with perfect precise words and astute reflection.

Which brings me to my new discovery: Daniel Mendelsohn, the literary critic. He writes about finding the Masterpiece, the one that increases the conscience of self. He doesn't shun popular culture because he believes that those who make shows like the Sopranos, or the films like 300 or Avatar are educated and refer to larger ideas. He wrote a long essay on one of my favorite films: Marie Antoinette by Sophia Coppola.

This thinker was born in 1960 (only ten years before me) and gained maturity studying the classics at Princeton University. If Le Monde calls him a francophile, then I believe he understands French culture very well too!

One thought led to another and I googled his name and that of Franzen, wondering what he thought of a writer that some of my friends consider as "over-rated". I found an essay: This American Life, a book review of Corrections by Franzen and Fury by Salman Rushdie! Disappointed by Rushdie's short novel, he had laudatory notes for my favorite Franzen: "The Lambert family may be in sore need of repair, but the novel they inhabit requires none."

You can't mess with Franzen and for those who got bored by this posting, just go read The Corrections!

Posted by PinkTaxiBlogger at 4:12 PM