My mother made sure we had Arabic tutors and I have attempted to replicate her efforts by seeking Farsi tutors for my children. It is important we learn our father-tongue, or at least familiarize ourselves with it.

While we attended the French school, the Arabic tutorials, that occurred three times a week, insured that we read and wrote one of the hardest languages in the world. My parents were right in requesting that we study in the Lebanese curriculum books. In fact, many of us reached the 6th grade level.

The sixth year Arabic literature book was green with a hazy representation of the cedar. Open the book and the font is small and intimidating. Like any sixth grade literature book anywhere in the world, it had a large assortment of exerts from novels, plays and poems from a large selection of writers and centuries. In this book the writers were predominantly Lebanese, but also from the rest of the Arab world. Thus, we read Khalil Gibran many years ahead of the Western students who read him in Philosophy class. And we read him in Arabic translation, as the Prophet was written in English!

We had a primary school teacher, Mrs Maalouf who taught us from the alphabet onwards. I gained a heavy Zahleh accent (her village in the Bekaa village) and learnt about  her famous cousin Amin Maalouf. We then graduated to secondary school level with Mrs Makarem, who was lenient but patient. I acquired the talent of I'rab, grammatical analysis, from her. I can still challenge anyone today to an I'rab test!

Three times a week, without  fault, we attended these classes, in the houses of the tutors. Mr. Makarem used to wake up from his nap while we studied and made himself a Turkish coffee. In his striped PJs, a cigarette dangling from his mouth, he served his wife and interrupted our torture sessions. How we longed for sunnier hours while we were trapped in those long 1h30min classes! 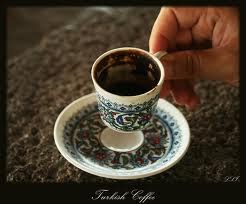 Our Arabic lessons even continued in Geneva, when we had a cruel and cold teacher prepare us for Arabic as a second language at the French baccalaureat. And like anything Arabic, it was a very challenging exam that she prepared us for quite well in the end.

After my doctorate, I went back to the University of Geneva with the desire to further my learning of my father-tongue. But I soon found out that mastering Arabic is a  skill that is practically unatainable for me!

Posted by PinkTaxiBlogger at 4:45 PM