The Woman who Crunched the Apple 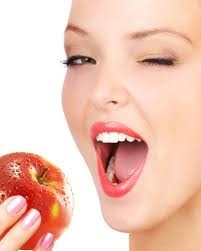 Somehow, without them knowing it, individuals can mark your daily life to such an extent that they became almost fixtures on your blog. I barely spoke to the "apple crunching woman" during her altercation with my then three year old son, but friends and family near and far know of her. I didn't defend my son or tell her any snide remarks. Instead I attempted to iron out the small ripples between them. I generally defer to teachers and refer to them with respect and reverence. They have a challenging job and I can understand a moment of impatience, especially in Dubai heat.


The second time I encountered "apple crunching woman" was when I was introduced to her as my eldest son's Art History teacher. Who knew I would have so much in common with her, including my love for art? I wrote about her a second time on this posting regarding a Henry Moore assignment she'd given my son, and I discussed the amount of help I'd offered him with the project. Although the teacher had noticed the help I had given him on the Henry Moore paper, she still gave him a high mark for his efforts. I always think of the lucky children whose parents are engineers or doctors, and for whom sciences come effortlessly. My children stumble with me over physics and chemistry homework. However, I can claim to be an art history buff, and so that is where I can come handy. We work as a team, we observe, question, go by all the rules required by the teacher. "Apple Crunching Woman" has elaborate questions and we don't leave any unanswered.

I refer to this teacher a third time today as my son has just been given an even more narrow project to work on. The artist he must research is an unknown to me: Peter Callesen.  My son started off his research on his own. He discovered that Callesen is a Danish contemporary artist, and he found an interesting piece by him of a tree. It was love at first sight with the work, through its thematic and its composition. We began observing it in great detail. 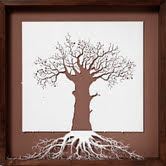 As a team member, I stand back and listen. I ask him the questions. "What do you see? What type of tree? Does it look big or small? What are the branches like? What season is it? Oh look, the roots are apparent.... What are the colors? What is the support? What did the artist do? Paint? Glue? Cut? How did he cut? Do you think it was hard to cut? Did he throw the cut pieces away? Oh, so he folded the cut tree, trunk and branches to make it the roots? But what does the root part of the tree feel like on this work? Flat? No rather, three dimensional because folded and thick, thus requiring the frame to be 13 cm thick."

Tonight we only observed and he jotted his answers to the questions. Tomorrow, he will reflect personally on his choice of the work and how the work makes him feel. I am curious to know what a winter tree feels like to my son. I have declared to love them on this blog, but in that matter, I will be of no influence on him. This is where I step away.

I wonder what the teacher will think of this project. It was worth us working together. Better than him making a simple assessment in 15 minutes. He spent a couple of hours instead reflecting on art with his mother. Another example of quality time. 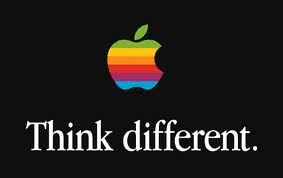 Posted by PinkTaxiBlogger at 3:43 PM