My youngest speaks his mother tongue, Arabic (the classical dialect), better than I can ever claim to have spoken my father's Lebanese.


My son's conversations will often stop Arab passersby on the street, who are utterly surprised by his mastering of classical Arabic. Most are shocked that I would choose to speak to him in classical Arabic, wondering if he can actually use the skill in the real world. The truth is that my son is an Afghan, who doesn't belong to any single Arab community. Speaking classical Arabic will enable him to converse with Moroccans, Syrians, Omanis, Iraqis and Sudanese.


I enrolled my two youngest at the very young age of two in an Arabic nursery school called Hadanati, on Al Wasl Street, beside the Iranian hospital. I insisted on the Arabic, as I knew that learning the language at an early age was the key to mastering it. It is not the most popular nursery school amongst my peers in Dubai: many shun it because they believe their methodology to be archaic, or because it is not posh and modern. 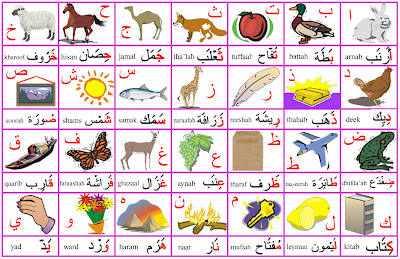 Many kids acquire language skills between the ages of 2 and 3, and that was the prime time for my son to attend Hadanati nursery.  They only spoke to him in classical Arabic and they requested I keep it up at home. I abided and stuck to my guns. I have spoken to him exclusively in Arabic since my pledge, except for the amounts of time studying French together. I read to him in three languages, but Arabic reading prevails: I have found colorful, entertaining books and stories that we have both grown fond of re-reading.


Through my son, I have regained my father's language.  I have learned a vocabulary that consists of all the varieties of transportation, animals and many useful verbs. We play a game where he tells me that I am a "booma" (owl) and I reply" no you are a babagha" (parrot), he says "you are a bitreek" (penguin) and then I respond "chaheen" (eagle) the and the game of birds goes on! 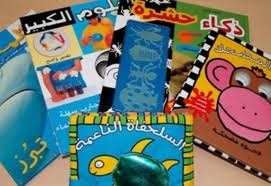 This experiment did not work as well with my daughter who attended Hadanati for double the time her brother did. I thought it would reinforce her Arabic to stay one year more at the school, and I then decided to switch to French to prepare her for the years ahead at the Lycee. As a result, she transfered without any difficulty to the French school but she lost much of her Arabic on the way. She does study Arabic with the native speakers, but Arabic isn't her preferred language.

My son understands the unique quality of this special skill. He has a special language with his mother and grandfather that separates him from his two older siblings. In doing so, he managed to change my outlook towards a language I once thought intimidating.  If I learn it one step at a time, practice it all the time, have fun reading it, then it won't "hurt my jaw" to speak it. In fact, I would only shock  more people on the streets, as my kid and I ramble on in classical Arabic.

Posted by PinkTaxiBlogger at 5:44 PM