My father rejected Jonathan Franzen's "Freedom" even though I recommended it as "the Great American Novel". He said it was too American, that he couldn't really understand the "point". My Swedish friend read it entirely but did confess that she was dumbfounded by its Americanisms. The only American I know who also happened to dislike Franzen, explained that he believed him to be too midwestern.  I agree with all three readers. Franzen is quintessentially American, as is David Wallace, David Sedaris and Rick Moody.

I can't remember how and where I jotted Rick Moody on my "bookstore list". At Kinokoya Bookstore, I discovered" The Diviners" lying next to "The Ice Storm", which was adapted a decade ago by Ang Lee into an intense dramatic film, just like I love them. I chose The Diviners for its element of surprise and began reading it at bedtime. The preface opens at dawn in Los Angeles. I read two pages of intricate detailing of Los Angeles, reading out loud a sentence to my husband, about a newspaper delivery man. Then the plot takes us to Japan, also at dawn. By now I was intrigued.  We then travel to China, India and when the sun rises in Afghanistan I had to read the full paragraph to my husband. We both sighed at the generalizations, the small cliches, but the paragraph was written in beauty and the morning sun traveled over Iran, the Arabian Peninsula and the Holy Land.

"What an incredible idea!" I thought as I read, smiling in delight. Dawn eventually reached Europe, and crossed the Atlantic. Dawn illuminated Maine and I reminisced while reading in the descriptions of New England. Dawn lingered over New York City. The preface ended and I slept with wonderful images created by Rick Moody, but not before I had debated them with my husband.

My husband agreed with me that it took an American writer to have such an idea, having probably been inspired by the Discovery Channel. I believe it takes an empirical mind to be inspired by a scientific reality. His geography may be unsophisticated but he had captured the moment when the sun or light travels the world in 24h. I always tell my kids that the sun sets in Dubai to rise in New York City and San Francisco where our beloved relatives live.

I wonder if a non-American reader would appreciate the preface of The Diviners in the same way I did. The language, the references and the mind-set are all purely American. The first chapter isn't as good as the preface is: it's the portrait of an old spinster, very similar to the landlord lady in David Sedaris, or the grandmother in David Wallace's Broomstick or the mother in the Corrections.

Perhaps that last analogy is a stretch, because I believe Franzen's Corrections and each of its characters to be unique and special. However, I couldn't help but notice the trend in contemporary American literature to portray these geriatric women.

I have now come to the realization that I have dwelled on American Lit for too long and should now embark on Dostoyevski or Charlotte Bronte. I read Jane Eyre in French as a teenager. XIXth century English would be a good exercise for me, the non-British educated reader, so that I may understand better why Franzen is rejected by non-Americans. 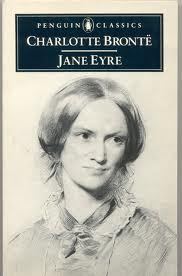