Where Were You When You Studied Fractions 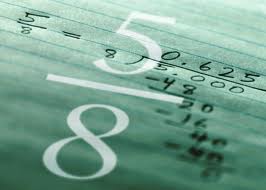 Today, my eldest who is in the 7th Grade, left school with almost 100 mathematics exercises. "I want to start them in the car!" he declared. We both knew that this wasn't a cruel Maths teacher's' doing, but rather a caring one, who knew he would leave school for four days and gave him make up homework for his return.

Somehow, in his 7th grade mentality, he thought he could turn an administrative trip to Switzerland into a fun vacation, by finishing four days worth of studying in an hour of hurried calculations. I begged him to slow down and his father lobbied him about the benefits of maternal tutorials and good mathematical habits. We are now transporting the book with its 100  fraction exercises to Geneva with us.

Who remembers where he or she was when first exposed to fractions? 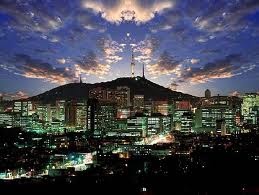 I was in Seoul, Korea, in March of 1980, thirty one years ago exactly. We were visiting our uncle and two cousins while our aunt was delivering their third child in the USA.  Fractions seemed scary and mysterious. My father, in his habitual mathematical manner began by sharpening my pencil, sitting me down and telling me to look at a fraction at a time, a rule at a time, a denominator and multiplication at a time. We solved each problem individually, each exercise attentively and soon enough fractions became games and puzzles rather than intimidating jargon. I mastered these fractions every day of that trip, between visits to volcanoes, temples and palaces. 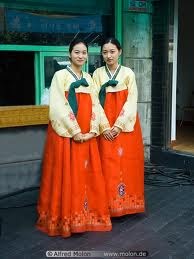 I think what I remember most about South Korea, besides its Spring blossoms and the bright colors of the kimonos were the fractions. The memory is intact today, as I teach them to my son. Surpassing that mathematical memory is the hospitality of my uncle and of course discovering the bundle that my aunt brought came back from the USA,  my cousin who is turning thirty- one this Nowruz, the Persian New Year.

Happy birthday to my dear cousin, and happy nowruz to my Iranian and Afghan family! 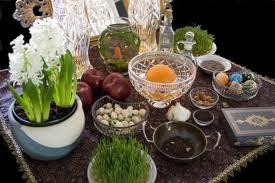 Posted by PinkTaxiBlogger at 5:08 PM