Andrew Fletcher In the House 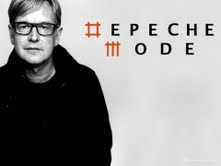 My youngest doesn't want to be a policeman or a fireman when he grows up. He wants to become a DJ! He could change his mind along the way and settle for a less alternative career path but so far he says: "I want to be like DJ Guetta and Mirwais". He knows the first one's music, always recognizing "Who's that Chick" with Rihanna at first tune. He can even spot Guetta's  sunglass-clad face in photographs. Mirwais may be harder for him to recognize because his music doesn't play on the radio anymore. But he prides himself to have been named after the Afghan DJ, preferred by Madonna.

As his parents, we celebrate music and in particular a certain brand of electro synthesized, and most often dance beat. David Guetta may be too mainstream for us, but his French flair attracts us. As do many other French DJs. DJ culture was big in France in the 1990s when we were clubgoers. DJs have become stars now in the new century and if our son with the musical ear ever wanted to become a DJ, we would consider it as an artistic career. 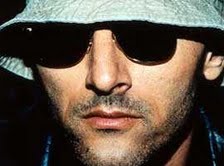 My husband and I, pushed by my musically inclined brother, have thus put our dancing shoes on in pursuit of the best gig in Dubai.My other brother and two sister-in-laws in tow, we listened to Depeche Mode's Andrew Fletcher spin Friday night at Trilogy.

Who still recognizes Depeche Mode's plaintive tunes? Who likes this 30 year old band? Is their music too retro nowadays? They certainly are alternative musicians and many members of the family are obsessed by them, pushing others to like them for sentimental reasons. Many of our weddings have their ballads or dance tunes on our playlists.

While I have been to at least three of their concerts, namely my very first concert at age 15, last night's gig was by the member I least knew because he is the "behind the scenes guy", neither the lyricist nor the dancer/performer.


I was immediately transported by the music. Listened to its "technique" and absorbed the vibes. Andrew Fletcher is good at what he does. He isn't a fleeting star. I also enjoyed dancing to tracks that struck my nostalgic chords. Depeche Mode singles were what I was there for, and I was emotionally touched by them when Fletcher spun them, albeit rarely.

Although not everybody knows Depeche Mode today, we can credit them for influencing many British groups, namely Coldplay. My love for them comes from my youngest uncle's  special appreciation for them. If it wasn't for him, I many never have delved into this band with both heart and soul.

Posted by PinkTaxiBlogger at 7:52 PM