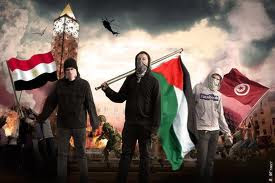 Today's Le Monde had a full page article entitled: "In Paris, the Intelligentsia of Silence." The newspaper was criticizing the passiveness of its own French intellectuals with respect to the present Arab revolutions. Le Monde was openly requesting their input. I cannot claim to be the target of that article, but as an Arab academic myself, I felt inadequate or analytically lazy to have likewise sidestepped the historical upheavals in my part of the world . I must make something of these historical events on my blog.

From my ivory tower, I will not attempt an economic political outlook. This post cannot be considered to be academic either. Had I been at the Fletcher School and my fingers on the pulse of the intellectual debate, I could have tried to build possible scenarios. But I am not living in Tunis, Cairo or Tripoli. My life hasn't changed due to the turbulence that has jolted careers and lifestyles. I want to be cautious in my remarks and will insist that they come from my personal vantage point. 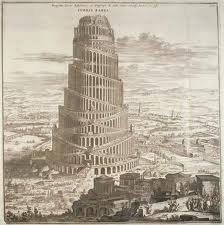 The Arab world has been shaken. The youth have reclaimed their destiny. With courage and passion, Arabs have made their voices heard over continents and most importantly within their own respective countries. As a result, we, Arabs, will no longer be the laughing stock of the world. When I speak Arabic to my children in Geneva, it is no longer defiantly but with pride.

Respect is what the Arabs have earned. They have taken their destiny in their own hands and have earned their freedom themselves, without the assistance of the  traditional superpowers. These are revolutions without ideologues. A simple search  for freedom. The people have been courageous enough to revolt now, to express their opposition to their tyrants and their unity with their compatriots, to vent their frustrations, and to advance their suggestions.

Revolutions are boisterous and chaotic by nature so we must now wait for the last embers to die out, so that the talented technocrats may come forward and bring in  real change. I can be sure of one thing: Creativity will be the outcome of this passage to freedom. The energy and dynamism that accompanied the struggle will translate into a desire to write, paint, sing and sculpt the strong emotions.

I look forward to what may lie ahead. 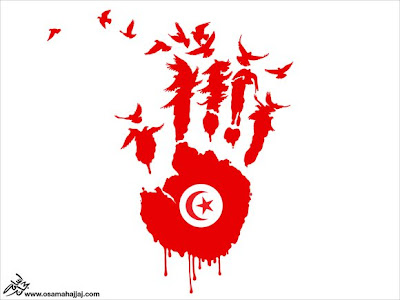 Posted by PinkTaxiBlogger at 11:08 PM