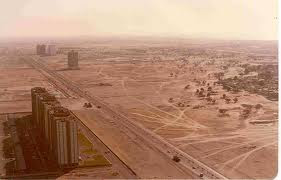 When I came back to Dubai, after an absence of twenty years, I was dreading it. I was dreading it in the same way I used to dread driving on its brand new highways. I kept to Al Wasl Road, which I continued to call the Iranian Hospital Road and  to the Beach Road.

But then I came to realize that Dubai was changing for the better, and embracing the new Dubai at the wheel of my "pink taxi", I cruised along highways to the moon (or ski dubai) and star trek interchanges... 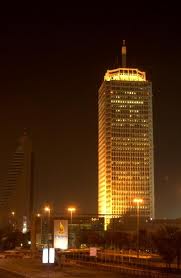 I grew up in the Dubai  of the 70s and 80s that was growing horizontally. Only the Trade Center stood high and elevated, as did a few highrises in Deira. Dubai was small, its community tiny as well. Everybody knew each other. 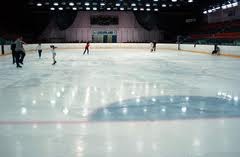 As children and teenagers, we mixed and mingled, at the Hilton Beach Club,  Al Naser Leisureland, Hyatt Regency,  Intercontinental Hotel, and the  Jebel Ali Hotel if we wanted a change, Hatta and Fujeirah if we wanted a road trip. We used to got to the infamous  Dubai Zoo with its old lion and claustrophobic tigers. We rode ponies and horses at the Equestrian Center. We attended classes at the Karate center on Al Wasl, and at the Ballet Center which still stands in Jumeirah, behind the best bookstore Magrudis and the most French of cafes,  Chez Gerard. Al Ghurair was our first commercial center, followed by Burjuman and City Center Malls. Then came the Emirates Towers, heralding vertical lifestyles and the end of an era. 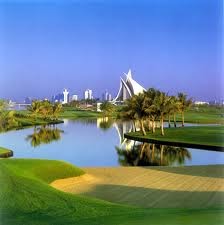 Back in the eighties, we had very few events in Dubai, no cinema houses with the latest films,  only Channel 33 TV and FM 92. The Dubai Duty Free tennis championships and the state of the art Emirates Golf Club made for the only sports entertainment. The Golf Creek's club house's sails, reminiscent of the Sydeny opera house, was made iconic on our blue 20dhs bills. 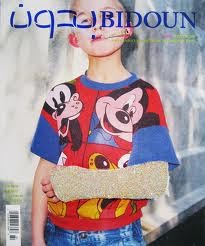 Now that I have attended two Bidoun/Third Line parties, two years apart, the first at the Hyatt Regency and the other at the Golf Creek Club House,  I was sent back to  that era of retro-Dubai. Today is also the birthday of  my fifth aunt and one of my sister-in-laws. They are two women who have blossomed in retro-Dubai. My aunt is for all intents and purposes the First lady of Dubai: she is the VP of Civil Aviation, and has vanguarded projects such as the Dubai Duty Free, the Dubai Airshow, the ATP Tennis Tournament and many more.

My sister-in-law spent all of her formative years in Dubai, attending the very competitive Chouaifat school. She married a retro-Dubai man, my brother, with whom she attended Iranian picnics in the desert as a child. They have now moved back to Dubai from the US, into a very posh highrise, and are trying to adapt to the new Dubai with their two little boys. Happy birthday to my beloved aunt and sister-in-law who are both born on the same day! 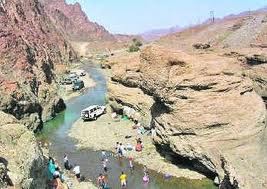 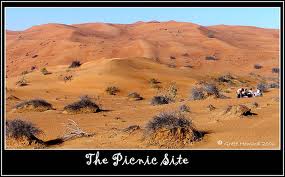 As for me, I am now very happy to have moved to the Dubai of the new millenium. We have witnessed the construction of an exciting city, with all it has to offer. It took me 6 months to realize that I wasn't coming back to retro-Dubai nor was I living in what others call a superficial Arab LasVegas. Instead I have found a city of culture and sports in which I can nurture my family . 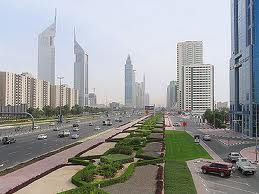 ﻿
Posted by PinkTaxiBlogger at 5:22 PM