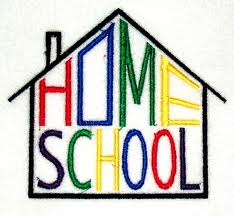 My grandmother home schooled a few of her ten children, essentially the older ones, during  their primary school year, when they lived in Shiraz, Iran, far from what she considered to be the best system: the American educational system. The ones she home schooled all have a variation of her careful cursive script.

I am an adept of the French educational system and I know that no matter where we live in the world, my kids will find a lycee (scattered as they are around the globe). If I am unlucky, I feel confident about home schooling them.

In fact, my eldest is "officially" home schooled. He is part of the Swiss statistic that I read about this summer: only about 40 residents of the entire canton of Geneva are home schooled, and my son is one of them. The Swiss government has agreed for me to teach him, within the French framework of CNED, which is a reputed program.

My siblings and I followed the CNED program for about 4 years, while we attended the French lycee in  Sharjah, UAE, in a pre-global world. The school used the correspondence program as a way of supporting its high school curriculum and giving it the needed accreditation from the French government.

My son now attends a fully accredited French school in Dubai, but he uses his home-schooling and the corrected examinations as a proof of education in Switzerland. I will assure you that the double schooling doesn't weigh on him as much as it may sound. We often just work on the exams and that means mathematical problems, French essays, history and science questions which have all been covered in school anyway. It is the same exact program. However, inevitably, he will have extra art projects, music and art appreciation and various no-overlaps in literature!

The CNED program is a good reflection of how rich the French system is, how extensive each year is, covering a wide range of subjects and in each one many chapters. It keeps us busy,  "on our toes", and although the workload can sometimes become overwhelming, the extra work is a great supplementation to his "real" school work. 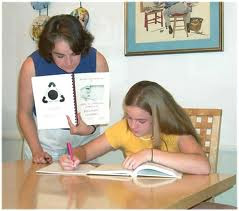 Posted by PinkTaxiBlogger at 11:16 PM