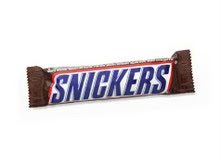 Today I saw somebody bite into a snickers bar. My first reaction was to wonder why he would eat junk-chocolate when he could buy delicious high quality swiss tablets for the same price. But after I took a second look, I found myself longing for a snickers bar myself.

Granted it is Ramadan and I am fasting in the West. I see food and beverages consumed everywhere. Anyway my children don't fast so there is no escaping it. I had  long ago built the willpower to sit with friends in the cafeteria and refrain from eating with them, while fasting in boarding school. I then would need to break my fast very discreetly during evening study period, because no excuse was good enough to interupt study period. Sometimes I would sneak in a snickers bar, which wrapper I would quietly rip under the table, then I would devour the satsifying mixture of peanuts, caramel and chocolate carefully.


This evening, for iftar, I decided to eat one of those Snicker bars. It reminded me of the summers I spent in Washington DC in the 1980s, where I attended summer school at Saint Alban's (turned coed for the summer), for at least three summers.  I believe that experience enabled me to retain a lot of American and English literature and introduced me to the American educational system I would return to in my college years. My parents used to put me on the public bus, believing it to be an uncomplicated act to go up and down Wisconsin for a teenager. But having grown up in the protected environment that Dubai was in the early 80s, I once ended up on the wrong bus which took me all the way to Maryland. Of course I learnt my lesson, but I also got home very late that evening.

I remember how impressed I was with the campus, the sports facilities, the spacious grounds, the classrooms (some in gothic-like buildings, others in modern airy buildings). My favorite place used to be the library where I would spend hours (we couldn't check books out in the summer) , looking through the shelves, getting acquainted with American literature, such as Pearl Buck novels I had  previously only read in translation.
I particularly enjoyed how the American teachers brought their coffee and casualness to the classroom. They requested that our homework be pencil written, in the pre-computer era of the 1980s, and so different from the rigidity of the required fountain pens of the French system. They approached their students with a certain gentleness and inquisitiveness that French teachers will never allow themselves.


During these summers I read "Macbeth", "The Old Man and the Sea", "Animal Farm", "The Diary of Anne Frank" and "The Catcher in the Rye". I never was presented the chance to read those in another context (never was brave enough in college) so I am glad that I did it then.  At St Albans, I also enjoyed the praise and good grades I received. Those were the first encouragements I had heard in a long time,  as I was always labeled a dreamer at the French school in Sharjah. That self confidence pushed me to eventually reinvent myself and improve academically when I started at the boarding school in Geneva.

I always took lunch with me to Saint Albans. Occasionally, my mother used to add a handful of Fritos as a treat in my brown bag. However, most of the time, it was a Granny Smith apple that was my dessert. Sometimes, I managed to squeeze 35c out of my bus money to buy a Snickers bar. Luckily my parents had no notion of how much the bus really cost and I often found nickels and dimes around the house.


And so as I dug my teeth into tonight's Snickers bar, I couldn't help remembering the feeling of satisfaction of those Snicker bars devoured as a teenager, on a bench, in the lovely gardens of Saint Albans. The caramel, peanuts, nougat and chocolate tasting all the more delicious because I had bought it without my parents' knowledge. 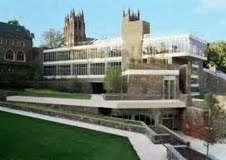 Posted by PinkTaxiBlogger at 6:19 PM