My father has amassed a month of newspapers in perfect chronological order. He subscribes to Le Monde every summer and he chooses to read it of his own free will, although it is only recently that he has acquired the French language. "While in France do as the French", is what he practices. The reason he does not toss the dailies into the recycling bin is because he "conserves" the "treasures" for me. I read the pot-pourri of old newspapers with a secret pleasure that most of my family and friends tease me about.

This strange habit grew from an initial fear of not having enough "Le Monde" to read in a day. Like any newspaper, some days are replete with interesting articles and breaking news and other days are so dry that the paper can be read in fifteen minutes. Therefore I  started saving the good articles for the next day and on any average day I can actually read one or two editions. Some days I don't have the time to read it at all or I would rather finish a novel. It doesn't bother me in the least to receive the whole  month in one go, even if that delays me further!


However, I must confess that this very odd habit of accumulating and reading old newspapers is genetic. My mother collects the International Herald Tribunes and my grandfather before her, used to amass  the old New York Times. They each had their personal method of reading their newspapers. I cannot remember a day without my grandfather's bed being covered with various clippings and issues of his NY Times. He always put the paper down when we walked into his bedroom, but he always had a picture or an article to show us: "bibeen shi jaleb!" (Look how interesting!)


When I was a child, my father would take the Arabic Al Hayat  paper to bed for his siesta. The sight of the arabic script and the political contents bring back childhood memories.  I give him much credit  for understanding newspapers in three different languages. For me, the Arabic papers remain a challenge. I even balk at the thought of reading English newspapers. Although many members of my family have attempted to change my ways: my mom cuts out an entry from the IHT or  the Khaleej Times for me to read, my husband pushes his Financial Times on me, and many send me NYT articles via email. They simply don't read like Le Monde.

I have somehow been indoctrinated to read that paper exclusively. Sometimes, in the postings on this blog, which try to give film and book reviews, I sound like I am plagerizing the articles that I eventually read in Le Monde. Take the example of the movie Inception. I wrote about it the night I saw it, read the review in Le Monde a week later (of course because it was outdated) and was shocked by the similarity in the analysis. It seems like I have been brainwashed!

Would I trade an expensive hardcopy subscription of Le Monde in Dubai for an IPad subscription? Would I miss the randomly folded sound of newspapers in my handbag? Most important, could I read back issues on the pad I call the Rosetta stone? I must find out before I alter my habits. This habit is a deeply entrenched genetic compulsiveness.....So we will have to wait and see! 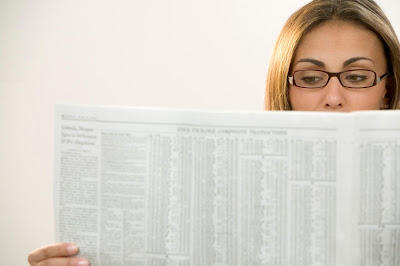 Posted by PinkTaxiBlogger at 1:40 PM