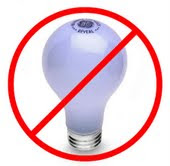 Blame it on Agassi, or my beloved routine.


I just cannot find the inspiration. Where is my muse?

Even though I was in a sleepy town, I was able to come up with the minute things to write about (there is a correlation between the quality of the coffee and the inspiration) . Now I look around, in this vibrant city, and nothing pops in my mind. Not a memory, not a thought, not an opinion.

I tried going to Starbucks for a caffeine high but I soon discovered that the coffee is too mild (it gets a C). It doesn't turn the bulb on. I alternate with Cariboo and despite the grade B coffee there, still nothing. Only once, at Barista (grade A) did the light bulb shine bright with a pilates posting.  That is when I typed away.

Inspiration, where have you gone? Why haven't you hit me, like a brick at a traffic light?

Perhaps I have fallen behind in my Le Monde reading, and no movies have been worthy of a critique. I went to the premier of Wall Street II: it would take me a sentence to opine on it. It is a chick flick with remnants of finance. I hate it when movies are customized for the largest common denominator!

Agassi has distracted me! All I do is read his book and write about it. I have been so engrossed with his book that I will now post TWO entries on the tennis champ. Sorry for those who don't like tennis, or sports.


I was asked the other day: how is it that you get so involved with sports icons? It's a childhood thing, I was a tomboy. Then, as a mother of boys, it just continued. Choosing one athlete over an another, a team over another always starts with associations: the French soccer team or the originally Iranian Agassi.

I type this preview of the up and coming double entry on Agassi. I hope the sequel will be more substantive than Wall Street II. Perhaps once I post Agassi, I will get the distraction out of the way and a cup of Barista will get me back on track!

The brick must hit me and the bulb must turn on!
Posted by PinkTaxiBlogger at 3:10 PM