Once in a Full Moon 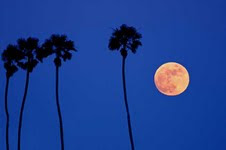 Apres la pluie le beau temps" is an expression my whole family is familiar with, whether old or young, francophone or not, and it means "after the rain,  comes the good weather". it is an expression of optimism....


On Sunday April 10, my son and I, and as a friend of mine has said, "there aren't too many mother and son teams" like us, played the Masters Par3 course tournament, on the same day as it was being played in the USA. Our event was unfortunately rained out and I left the game 7 holes later with a terrible score. On the other hand, my son played his best ever, his spirits lifted by a birdie! 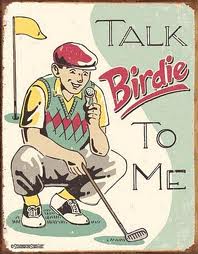 The tournament was pushed another week and I set everything aside, bikram yoga and Chritie's Art auction preview, to improve my game on Sunday April 18. It was a splendid full moon Spring evening in Dubai. The weather had improved dramatically after all the rain. I was even wearing a sweater.

The golf course was flood lit, and in the background one could see the illuminated sails of the Creek club and even further in the distance, the skyline of Shaikh Zayed Road and the majestic Burj Khalifa, shimmered with a thousand lights for an event that ended in distracting fireworks. The greens had been shaved to a slippery velvet. The holes were positioned at the trickiest places, as dictated by the principles of the Masters tournament.

We both played our best, motivated as I was to collect memories rather than lower points. After our game, at the second gun-shot, we followed our golf coaches who happened to play the same course for fun. I have always compared them to the wizard-teachers of Harry Potter. Watching them play was just a step away from "pursuing" Tiger Woods at the Dubai Desert Classic. 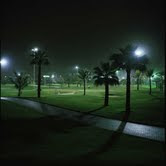