Of War and Art 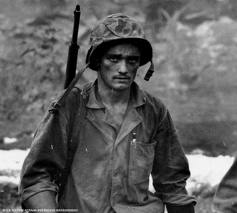 Friends are often confounded by my desire to collect art related to war.

When I read Hemingway's "For Whom the Bell Tolls", I skimmed over the war scenes, unable to lose myself in the intricacies of military strategy, soldier's destiny and despair. Similarly, while I do enjoy viewing movies a la Oliver Stone, I do notice my attention wandering during the war scenes. But art depicting war moves me in a different way.


You can find a wall in my son's room with artistic representations of war, specifically war in Lebanon and Palestine. There is a photograph on canvas of the Saint George Hotel, in rubbles as it currently stands. The artist has taken colorful thread and sown the rubbles together in an attempt to "fix things". There is a photograph by Fouad Khoury of news footage of bombings in Beyrouth of the 80s. There is a collage by Jeffar Khalidi where he has cut the dancing TelAviv youth and put them on the steps of the Dome of the Rock. War has always inspired art. Think of Picasso's Guernica. Also, Andre Malraux, the French writer-philosopher, explained the human condition through war. At age 17, I was still too young to understand his concepts although I studied them in class. 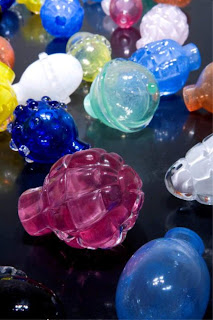 I would be thrilled to  to own Mouna Hatoum's crystal grenades and her sculpture of toy soldiers in line the shape of the mathematical infinity sign. Ayman Baalbaki's collapsing buildings, with splattered paint a la Jackson Pollock on a flowered table cloth, are very strong expressions of a war affected artist.

By reporting on the revolutions shaking up the Arab world, journalists are heralding the beginning of an artisitc wave. 2011 will be the year of political awareness for my eldest the same way that 1979 (the Iranian Revolution) and 1982 (Israel's invasion of Lebanon) were eye opening years for me.

These Arab revolutions will inspire art, beyond the commissioned art that is appearing in art fairs already, more like the well digested, obsessive interpretation of it, as expressed by Lebanese artists thirty years after their civil war.

I just finished reading the article entitled "After the Uprising" by Dexter Filkins (New Yorker April 11, 2011). I paid special attention to the military/war lexicon as an example: "a warlord's lair ....surrounded by twenty-foot-high sandstone walls and a hundred men with guns." The word lair was perfectly chosen, the details of height and material of the wall and "hundred men with guns" like toy soldiers. But he called them "men", not soldiers. Civil wars are not fought by soldiers.

The events of today will make the literature of tomorrow. Indeed, war is such a strong artistic theme. 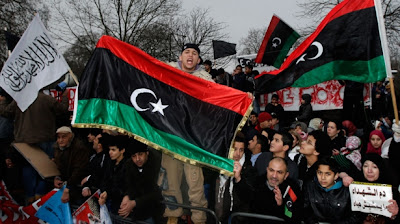 Posted by PinkTaxiBlogger at 3:54 PM