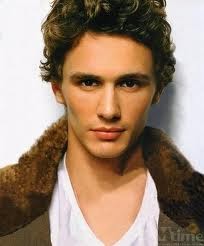 I read about James Franco a few months ago in a random fashion magazine, either VF or Tatler, at the most indulgent time of the week: a manicure at NBar! I sent two messages soon after. One to my husband was traveling in the USA at the time, asking him to buy the book  written by him entitled Palo Alto, and the other was to my cousin asking him about the movie 127 hours in which the same James Franco stars.

My cousin, who is a champion mountain climber, had  already seen the movie and had kept a  copy of it. We then organized a movie night and I bonded with him and my brother, confirming my dislike for chick flicks and my preference for certain types of guy-movies. How fun it was to watch the cool movie with the climber-cousin, two weeks before he left Dubai permanently, back to the American canyons he missed so much! I wasn't surprised that he was willing to see it again, because in his family, they watch movies to the point of overkill, like my son. 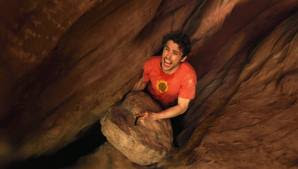 127 hours is so much better than Slumdog Millionnaire,  which was by the same producer! I found that Slumdog was replete with cliches of India, and I tend to prefer authentic Bollywood productions. 127 hours is a one man show and the single actor is no one other than handsome James Franco, taking on the character of a grungy carefree climber . I watched the theatrical film with awe, despite the fact that it had a Titanic feel to it, one with an ending we all knew. This lost climber, who gets stuck underneath a boulder in a cave, with no access to the outside world, ends up amputating his own arm to save himself. I was very impressed with the acting and the production kept us glued with suspense and entertainment.

Upon my husband's return from the US, I received James Franco's collection of short stories entitled Palo Alto, as promised. I was familiar with the town of Palo Alto because my sister is a Stanford graduate. Yet the book doesn't even mention Stanford University, except for its looming presence as an employer of some parents in the stories. The narratives instead focus on high school students. The stories occur in the late nineties, making Franzen's "Discomfort Zone" feel like the age of innocence in comparison. Franco writes to shock: this is American Beauty but X rated! 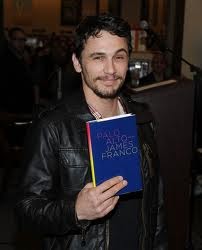 While there is much scandal to the stories, closer to Scream than to American Pie, there were some stories that really amused me. As you know me by now, I of course read excerpts to my husband out loud.


This is just a proof that a handsome actor, who happens to be a graduate of NYU film school like another cousin of mine,  can also write as he also received an MFA in creative writing from Columbia University. 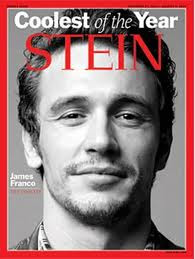 Posted by PinkTaxiBlogger at 7:31 PM