I never attend jewelry auctions even though  I should have been prepared for them after the summer I interned with Francois Curiel at Chrisitie's Geneva. On the other hand, I try not to miss any of the Middle Eastern Art auctions that occur in Dubai, whether at Bonham's or Chrisitie's.

I enjoy attending these auctions for obvious reasons, but also because I am interested from a price fluctuation and market study perspective. However, it all starts and ends with my appreciation for art. At Bonhams, I believe you can find a better bargain because fewer people attend. However, it is at Christie's where the magic occurs.

The Chrisitie's team has the talent of currating an ensemble of modern and contemporary works, the majority of which stand out in their originality and their quality, two reasons to purchase art. The role of Christie's, much like that of Canvas magazine, is a king maker. Collectors and art dealers will mention that their artists made it to an auction at Christie's or Canvas Magazine. Many emerging artists thus attain acclaim when the hammer decides on the material value of their art.

I try to view the works several times before the actual auction begins, because I recognize the occasion to admire a collection as a whole, and enjoy strolling by such beautiful pieces that will be sold and will enter private collections, or perhaps even the future museums of the Middle East and in some rare cases of the world.

Once the auction gets started, the Dubai Chrisities' sales are always a show. The talented auctioneer, like a torrero, looms over a crowd that appears desirous to show off, trade and acquire. Before the crisis, the ballroom at Emirates Towers was like the trading floor at Wall Street but the craze has subsisded now. Yet prices do rise and sometimes tenfold. My father sits next to me and whispers: "it's as if they are selling Tulips" referring to the Ottomans' willingness to pay fortunes in order to acquire the unique black tulip.

We have witnessed the rise and popularity of Middle Eastern Art, first amongst its own community, with Iran at its heart and the now growing popularity of Lebanese, Palestinian, Syrian, Iraqi, Egyptian, North African and recently Turkish and Saudi art pieces breaking records. I sit in the auction room and observe.


The idea of Middle Eastern art becoming a reality rather than a temporary phase/trend, came to me while I attended the most recent Bonhams Middle Eastern photography and Orientalism sale. The idea of marrying the two crowds of enthusiasts that would otherwise never meet was revealing. I would never have set foot in an Orientalist sale, and here I was confronted with the images I disliked while I sat  waiting for the photography part of the sale. 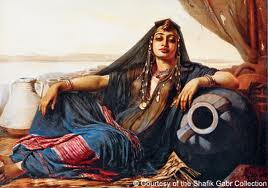 In the end, how different are these two movements? Is the representation of the East more real because it is painted by a "native" artist, or through his/her photographic lens? Those who buy Middle Eastern art today seek the exotic, believing they are acquiring a reality. But the audience for Middle Eastern artists is smitten by these images, in the same way the Orientalist audience remains transfixed by the Western eye on the Orient.

I tried my luck at the Chrisitie's sale, started at the lowest bid, edging upwards slowly, careful to stop at the right time and one of the paintings became mine. I fell in love with it.

It was the morning after that I woke up with an art-hangover, remembering the craze of the previous night and the commitment I had made to invest in a fine piece of art...from the Middle East. 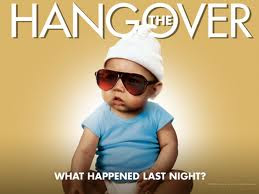