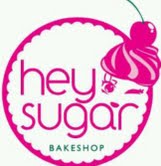 I frequently bother DJ Nathalie, a family friend, with my requests and musical remarks. She is an sms away. I do this as rarely as I possibly can because there isn't anything funner than hearing the requested song blaring around town on 92FM. This morning, I asked Catboy and Geordiebird to play Gotya's "Somebody I used to know" and even specified the time, for my drive between pilates and the gym. I screamed in delight that they granted my request.

Yazz: Who sings I'm coming home?
Yazz: I busted circuit on that today
T: P Diddy
Yazz: Diddy is cool. All I heard was the female vocals though 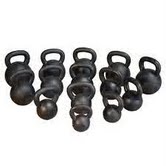 Music fuels my energy. I ask them to crank it up, or change it all together. How am I expected to Farmer's Walk with the heaviest kettle bars, then squat with 12 pounds in my arms, then swing with TWO kettles, then throw those heavy tug of war ropes around, dead lift mega kilos, climb stair with 12 pounds and throw a medicine ball back and forth? When the music was blaring, I could run at 15 on the tread mill, at intervals of 30 seconds. Its the rest period that had my heart pounding till exhaustion. But the music played on. 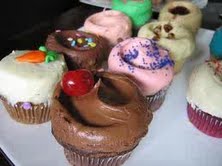 My brother was referring to Sugar Daddy, the old name of the Hey Sugar! Bakery, owned by our dearest Dana and Raed. To inaugurate their new name and look, they played an advertisement on the radio that I automatically started dancing to, wondered why I was singing to an oldie and then was amazed by the outcome: its Hey Sugar! My brother and I had heard it separately but simultaneously on the air waves and shared our experience on blackberry. I craved their funky cupcakes and remembered a cake of peace delivered at my door.

This is how our blackberry radio conversation ended this noon. Always talking music as typical Radio buffs that we are.
Posted by PinkTaxiBlogger at 2:00 PM