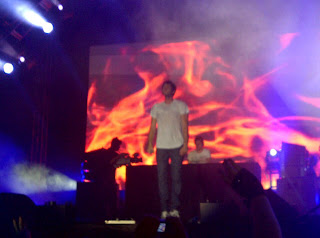 Many thoughts occur during Bikram Yoga, despite the fact that I am supposed to clear my mind. Most of the time the thoughts are yoga related, or at least the metaphors are derived from yoga practice and applied to daily life. For example, the second set in each position is a second chance and that we deserve one, always.

But the Example I am writing about today is the band that I discovered in my car one twilight, while driving to bikram class. I heard the song The Way You Kiss Me and loved the lyrics and the crescendo in its pop rythme. I ran home, after yoga, requested it be played on UTube, discovered Love Kick by the same band and called Example my new obsession.

My children claim they need a fire extinguisher to calm their mom when the song The Way You Kiss Me plays on the radio. The tune is upbeat and the lyrics are about gutsy love, of the fearless type. Example reminds me of New Order and Cause and Effect. But perhaps a tad less alternative, a tad more mainstream and "seasonal". I cannot imagine humming these tunes next year, whereas New Order is a classic as it gets. 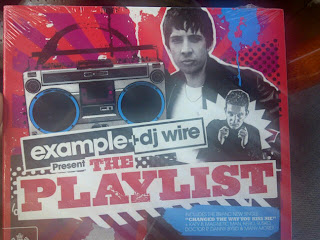 My BFF didn't need me to ask her to get the Example CD from London: she did it spontaneously because I constantly advertised my obsession for Example on my blackberry status. I am still listening to it, 24 hours later, admitting to "overkill".


What are the chances for Example to come to Nasimi Beach at SanDance, Atlantis the Palm in Dubai? They are as upbeat and fun live as they are on the radio. In combo with DJ Wire they rocked the beach. I crept deep into the crowd and got very close to the stage and the ambiance and danced for all the times I had heard them while driving. They even sang their less popular song called Chasing the Rabbit into Wonderland, yet another song about daring love.

This blog is evidence of my crazy taste  and I am sure temporary musical obsession. 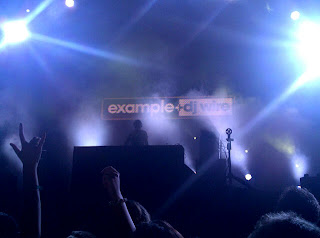 Posted by PinkTaxiBlogger at 8:39 AM